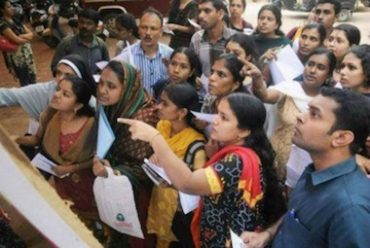 Each year, lakhs of students who aim to pursue any of the 226 academic distance learning courses offered by IGNOU, appear for the term examinations which the varsity conducts twice a year; once in June and once in December. The Varsity is among the largest distance learning universities across the world and has 21 schools, 67 regional centres, 2667 study centres which are in collaboration with schools, and 29 overseas centres in 15 countries. To guess how big of varsity IGNOU really is, note that as per Wikipedia, nearly 20% of all students pursuing higher education in the country (India) are enrolled with IGNOU. The courses offered by the Varsity range from diploma to degree levels and hold as much as recognition as any.

Join Newznew on Telegram
Also Read :   STAR Plus brings to you the Married Man's perspective with Sumit Sambhal Lega!

Some of the most sought after courses at India Gandhi National Open University remain the evergreen Bachelors as well as Masters’ courses in Arts & humanities, Sciences and Commerce among others.

Now, preliminary reports from last week had emerged stating that IGNOU will declare the June 2017 term end results on August 11 but there was still a level of uncertainty as previous times have proved. Nonetheless, on the evening of August 11 itself, IGNOU result June 2017 were declared and uploaded at it’s website.

But, the students’ hassle didn’t end there as right after the results were uploaded, the website has been down most of the time. We’ve got the URL where you can access the result but for that, the website must be up. It’s less likely that the website will function properly tonight, so I would suggest you to check your grades tomorrow.

Once you’re able to access the IGNOU June result 2017, download your grade card for further reference. The grade card downloaded now is only provisional and the final/original grade card will be dispatched to the students on a later date.

Reportedly, upto 2-3 years ago, near 3.5-4 lakh students used to enrol for academic session commencing each session but this year, for the June 2017 admissions, over 6.2 lakh students have enrolled. This shows the increasing demand of distance learning courses these days.

Back to the topic, you can access the IGNOU result June 2017 from here, that is, if the IGNOU website is up and working. If not, please have patience.

Mahakosh extends its range from oils and ventures into the Soya...