Home Chandigarh ‘Ik Onkar The Revolution’ a film based on evils of the society...
Facebook
Twitter
WhatsApp
Email
Print

“Ik Onkar” The Revolution as a title itself portrays the message of Oneness in the society. One should lead his or her life according to the Guru’s teachings and we all will be united by love, and if we follow this only then we can establish the purest governance. Film ‘Ik Onkar’ The Revolution will show you evils like drug addiction, corruption, rape, killing and injustice prevailing in the society and will create awareness towards it. The film has been made under the banner of Nanak Films International which is directed by Aviral Raj Sharma and produced by Talwinder Singh “Musafer”. The film is releasing on 3rd November 2017. 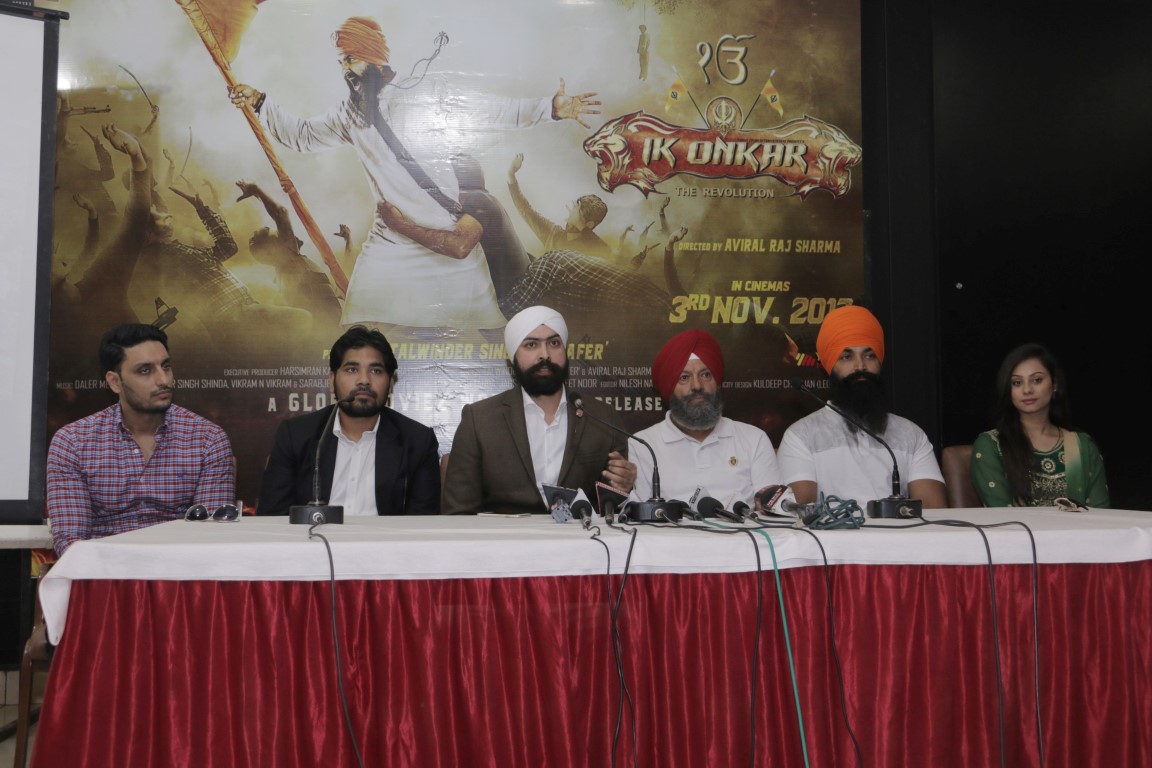 The star cast of the film includes Shavinder Mahal, Sukhdeep Singh and Harpreet Singh Pita in as a male lead and female lead role will be played by Megha Sharma. Film throws light on a few dark pages of Punjab and tried to awaken the youth, so that they stand strong against the notorious factors of the society. Also it will show the outrageous courage of a Sikh young man who raised his voice against the evils.

The director of the film Aviral Raj Sharma said, “Directing this film is a challenge for me as when you are directing a film which holds religious values you should be clear with facts. Though we also tried to aware people, especially the youth to come forward and fight to make the society worth living. Basically, the film will depict the story of a young man and his effort towards the betterment of the society”.

The producer of the film Talwinder Singh “Musafer” said, “We have put in a lot of efforts in this film and shown the reality that prevails today. The society is full of evils and this film will create awareness towards these evil among youth and other people. I hope the audience will like our effort and appreciate the concept and idea we tried to show through ‘Ik Onkar’”.

Executive producer of the film is Harsimran Kaur and Satbir Singh Rathore. Music is given by Daler Mehndi, Sukhshinder Singh Shinda, Vikram N Vikram and Sarabjeet Singh Marwaha. Lyrics are given by Jhalman Singh Tanda, Jags Minor and Baljeet Noor. Music of the film is made under the banner of Yellow music and will be distributed globally by Globe moviez owned by Vivek Ohri.

NIKKA ZAILDAR, all Set to win the Hearts of the Audience!