India ITME 2022 Enters The Spotlight At A Global Level: The world discovers India’s largest textile exhibition – India ITME 2022, organized by the India ITME Society, as taking its lead from previous years, the 11th edition of the expo welcomes participation from textile manufacturers from over 91 international nations across the globe. 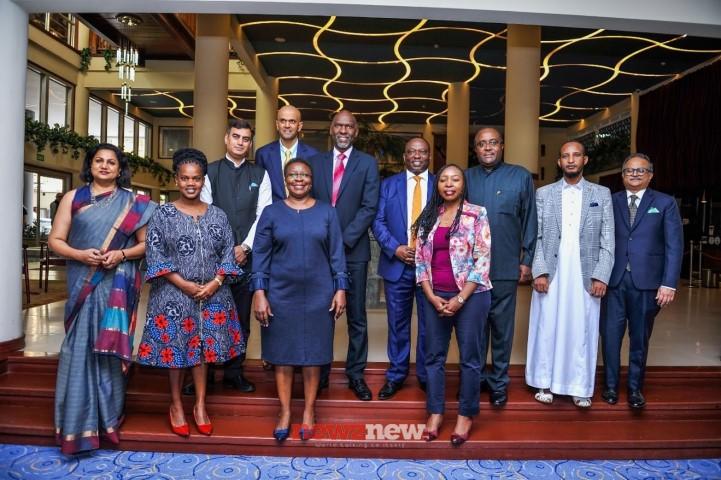 Of the above, to further promote the exhibition on a larger scale, the India ITME Society organised an “India Networking Programme” at Nairobi, Kenya and in Uzbekistan coinciding with CAITME, in the month of September 2022.

Kenya, a country full of diverse landscapes, unique cultures, unspoiled beaches, world-class hotels and unforgettable wildlife experiences on the Maasai Mara, is the future potential textile hub as it witnesses a great opportunity to attract investment from India by demonstrating its deep textile origins and culture and directing investors and major companies from India for growth and expansion at India ITME 2022.

Amb. IsaiyaKabira, Director General International Conferences, Media Events and Public Communications, from the Ministry of Foreign Affairs Kenya,welcomed the Indian delegations & offered support to future endeavors of India ITME Society as he expressed his interest in mounting an official delegation from Kenya to visit the India ITME Exhibition in December 2022 to explore further synergies between India & Kenya.

Meanwhile, the ‘Networking Programme’in Uzbekistanwas held with the purpose of highlighting the strengths and opportunities offered by India – home to 2nd largest textile market in the world & invite business delegation from Uzbekistan to “India ITME 2022”.

Today, Uzbekistan ranks as the sixth-largest cotton producer after India, which accounts for 68% of the nation’s fiber exports. Consequently, with a strong spinning industry, the nation exported US$ 32.53 BN and imported US$ 0.37 BN of synthetic fibers in FY2021. This could only mean one thing: India & Uzbekistan’s strength and rich heritage in cotton will only benefit from one another as with the India ITME 2022, both countries can look for opportunities to embrace new technology and machinery for their own growth.