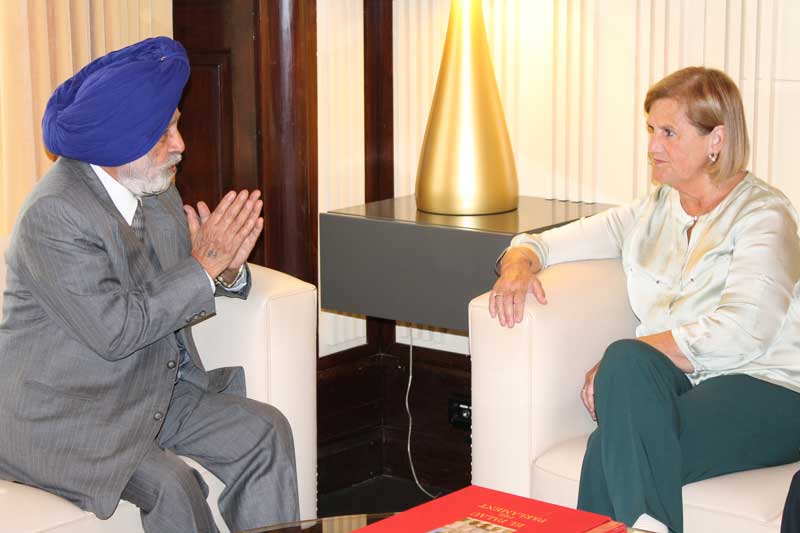 NewZNew (Chandigarh) : Dr. Charnjit Singh Atwal, Speaker Punjab Legislative Assembly who is on foreign tour and is presently in Spain held a meeting with Ms. Nuria de Gispert President (Speaker) of the Parliament of Catalonia. He was given warm welcome by Madam Nuria de Gispert.  During the meeting relationship between Punjab and Catalonia(Spain), Parliamentary Affairs, Democracy, development of relations both the states and the problems of Punjabis settled in Catalonia was discussed. Ms. Nuria De Gispert assured all possible help to the Punjabis there.

On this occasion Dr. Atwal said India represents the best example of democratization of responsibilities and powers and also their demarcation. Parliament and the Legislatures not only to make the laws but also play a vital roles such as responsibility of the Executive to look after the Administration, Accountability the work of Administration, Representation, grievances of the public, Education, integrity of the nation, To make laws, development, Social harmony and to amend the constitution from time to time. Parliament and the Legislature to look after the Political and the Economic set up.

Center should formulate uniform policy to Fight against Drugs – Harsimrat...