India to be among Top 3 broadband users : Mukesh Ambani : After catapulting India to being the world’s largest mobile data consuming nation, RIL Chairman Mukesh Ambani Thursday said Jio’s fibre-based broadband offering can place the country among the top three nations in fixed broadband from a low rank of 135 currently. 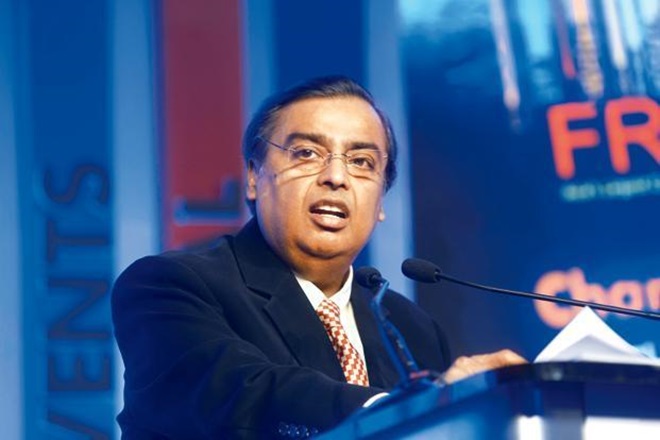 He also said India has moved from 155th rank in mobile broadband penetration to being the number one nation in mobile data consumption in the world in less than two years. The country has an unparalleled combination of connectivity with affordability.

“This is the fastest transition anywhere in the world from 2G/3G to 4G,” he said. “By 2020, I believe that India will be a fully-4G country and ready for 5G ahead of others.”

By 2020, every phone in India will be a 4G-enabled phone and every customer will have access to 4G connectivity, he said.

Jio is committed to “connecting everyone and everything, everywhere, always with the highest quality and the most affordable price,” he said.

Reliance Jio, which stormed the telecom industry with free calls and SMS bundled with dirt cheap data in 2016, has begun rolling out its ambitious ultra-high speed fibre-based broadband services for homes and offices.

Jio’s disruptive entry which sparked off competitive offers from other operators pushed up mobile data consumption in India.

“And from day one, JioGigaFiber will offer complete fixed-mobile convergence where Indians will travel seamlessly between mobile and fixed broadband networks 4G and 5G when on the move and Wi-Fi when indoors,” he said addressing the India Mobile Congress here.

Aiming to connect every premise with highest quality network, he said the move presents an opportunity to replicate India’s success in mobile data consumption for fixed broadband as well.

“I believe India will rise from a lowly 135th rank to be among the top three nations in fixed broadband at a pace that will surprise the world,” the Reliance Industries Ltd (RIL) chairman said.

He, however, sounded a word of caution on data usage.

“We have to be mindful that data is the most important resource in this new world. And India and Indians will generate a humongous amount of data. It is important that we utilise this rich resource for the benefit of India and Indians, with adequate safeguards,” he said.

Ambani, who heads oil-to-telecom conglomerate RIL, said the telecom industry can create a period of unprecedented growth and employment in the future that is powered by path-breaking digital technologies like artificial intelligence(AI) , robotics, blockchain, Internet of Things, virtual reality and augmented reality.

With universal connectivity and extreme affordability, India can actually lead the Fourth Industrial Revolution, he said.

“India will demonstrate the greatest digital transformation in people’s lives in world history,” he said.

India, he said, will be among the largest digital markets in the world and every enterprise must have an ‘India First’ vision to participate in this market.

“We will need to reinvent to grow and nurture this market to its full potential,” he said.

Ambani said India has come out of times when it was counted as the country with the largest number of extremely poor people in the world.

“A World Bank report indicates that India will have fewer than 3 per cent of its population living under extreme poverty by 2021. As per a United Nations report, as many as 271 million people have been liberated from the prison of poverty in the last decade alone,” he said.

India is among the fastest growing large economies in the world owing to a number of factors including the contribution of entrepreneurs especially those in the telecom, IT and digital space. “Never before has India witnessed such an explosion of entrepreneurial spirit,” he said.