India to get indigenous anti-drone technology soon: Amit Shah: The Defence Research and Development Organisation (DRDO) and other agencies are working together to develop an indigenous counter-drone technology which will be available soon, Union Home Minister Amit Shah said on Saturday. 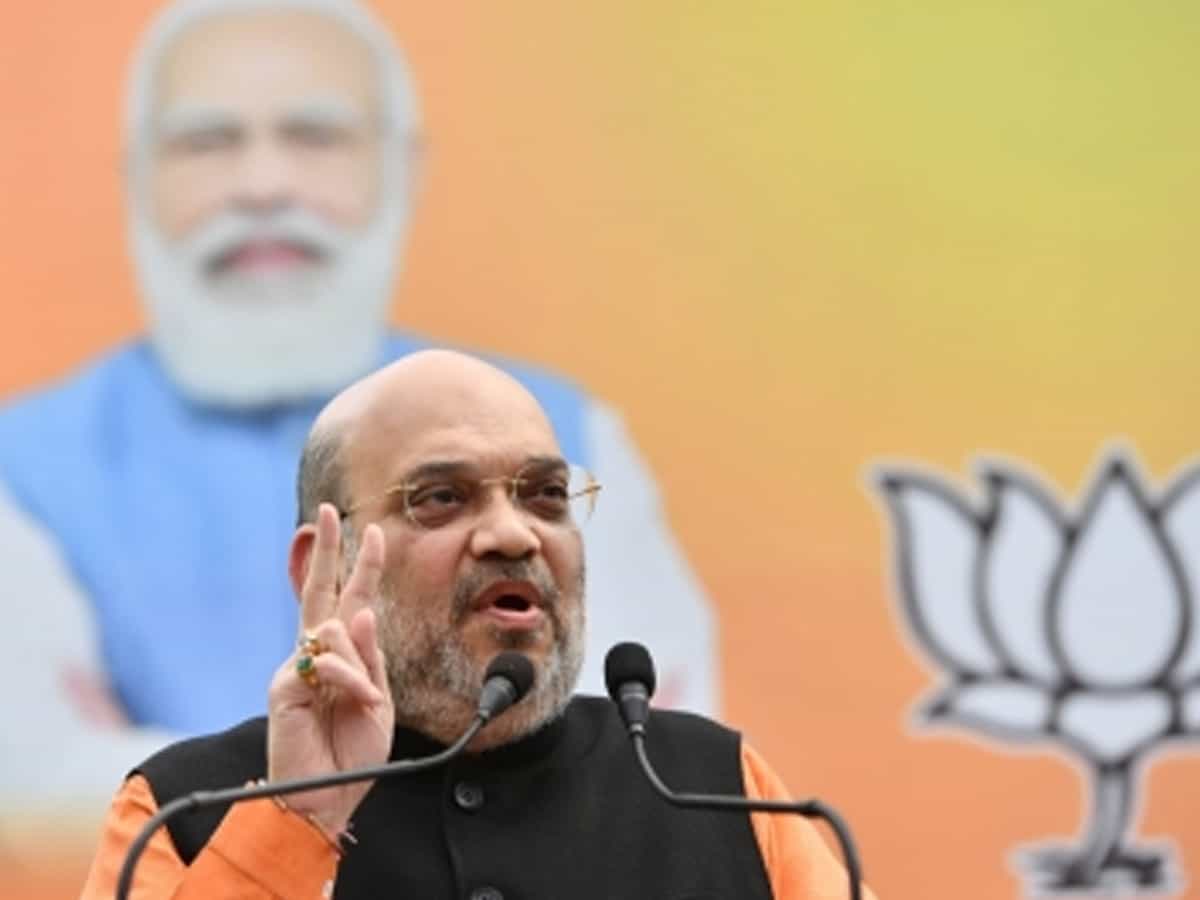 The Home Minister’s statement came days after a drone attack on Jammu Air Force base last month. Two Indian Air Force personnel suffered minor injuries in the explosions that took place a little before 2 a.m. at the high security airport located around 14 km from the border with Pakistan on June 27.

As per sources, drones have since been repeatedly spotted hovering over military installations in the region and over 250 drones have been sighted along the border with Pakistan since 2019.

Noting that smuggling of drugs, arms, and explosives through tunnels and drones is a major challenge, Shah said it is very important for us to deal with these challenges at the earliest.

“DRDO is working to develop anti-drone ‘swadeshi’ (indigenous) technology to get over this new danger. We have given all support to anti-drone research and development projects. I am confident that we will soon improve anti-drone technology,” Shah said while addressing the 18th Border Security Force (BSF) Investiture Ceremony.

“Use of Artificial Intelligence by groups across border against India could happen. Working to defeat that too.”

Shah reminded top security officers at the investiture ceremony that it is their responsibility to find new technology with the help of experts to help India deal with the threat of the use of Artificial Intelligence and robotics technology by enemies and terrorists.

The Home Minister also made it clear that “India wants peace but security policy is clear to give answer in the same language as the enemy understands”.

There have been reports over the past two years of Pakistan using drones to drop weapons across the border.

The first incident took place in August 2019 in Punjab when a crashed drone was found in a village in Amritsar.

In September, terrorists arrested by security forces allegedly revealed that drugs and weapons were dropped in Punjab in eight drone sorties.

On June 20 last year, the BSF shot down a suspected spy drone in the Kathua district of Jammu. The very next month, a network of tunnels from across the border was revealed in Jammu.

In September, the Jammu and Kashmir police found weapons dropped from drones at a village in Akhnoor, also in Jammu. Three militants who had received weapons through such drops were arrested.

Speaking at the event, the Home Minister also said border security is national security and India has many challenges.

“I have complete faith in our paramilitary forces. Under Prime Minister Narendra Modi, we have an independent defence policy, which warned those challenging our sovereignty of response in the same language.”

He said that India has a place of pride on the world map because of the BSF and other paramilitary forces.

“I salute those who have made supreme sacrifice. India is strengthening its position on world map. These bravehearts and warriors cannot be forgotten. India has a place of pride on the world map due to BSF and our paramilitary forces who are protecting our borders.”

Shah along with MoS Home Nityanand Rai and Ajay Kumar Mishra, and Home Secretary Ajay Bhalla awarded posthumous medals to the kin of deceased BSF personnel for their extraordinary bravery.

The investiture ceremony of the BSF is being celebrated since 2003 in the memory of its first Director-General K.F. Rustamji, one of modern India’s most celebrated Police Officer popularly known as the founding father of the BSF.

Mystique Eve ventures in Chandigarh to make it a cultural hub...