NewZNew (Chandigarh) : Infosys(NYSE: INFY), a global leader in consulting, technology, outsourcing and next-generation services, today announced the appointment of Ms. Roopa Kudva, as an Independent Member of its Board of Directors. 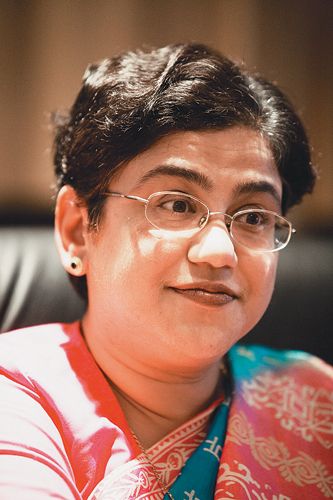 Ms. Kudva is Managing Director and Chief Executive Officer of CRISIL (a subsidiary of Standard & Poor’s).Shehas led CRISIL’s evolution from India’s leading credit rating agency to a diversified analytical company with clients ranging from the largest investment banks of the world to tens of thousands of small firms spread across India. Under her leadership, CRISIL pioneered the rating of mid-sized and small Indian companies, launched a unique Financial Inclusion Index for India, set up research centers in Argentina, China, and Poland for global clients, and made an entry into proprietary research outside India by acquiring UK-based Coalition Development Ltd.

She regularly features in lists of the most powerful women in business compiled by prominent publications, including Fortune and Business Today. Ms. Kudva is a recipient of several prestigious awards including the ‘Outstanding Woman Business Leader of The Year’ at CNBC TV18’s ‘India Business Leader Awards 2012’, India Today ‘Corporate Woman Award 2014’ and Indian Merchants’ Chamber Ladies’ Wing’s ‘Woman of the Year’ award 2013-14.

Also Read :   SAD-BJP Alliance Must For The Interests Of Nation And The State- CM

Ms. Kudva is a member of several policy-level committees relating to the Indian financial system, including committees of the Securities and Exchange Board of India and the Reserve Bank of India. She has also been a member of the Executive Council of NASSCOM. She is a regular speaker at global conferences and seminars by multilateral agencies, market participants, and leading academic institutions.

Ms. Kudva holds a postgraduate diploma in management from the Indian Institute of Management, Ahmedabad (IIM-A) and has received the ‘Distinguished Alumnus Award’ from her alma mater.

FDI should be allowed in water industry too Says K S...