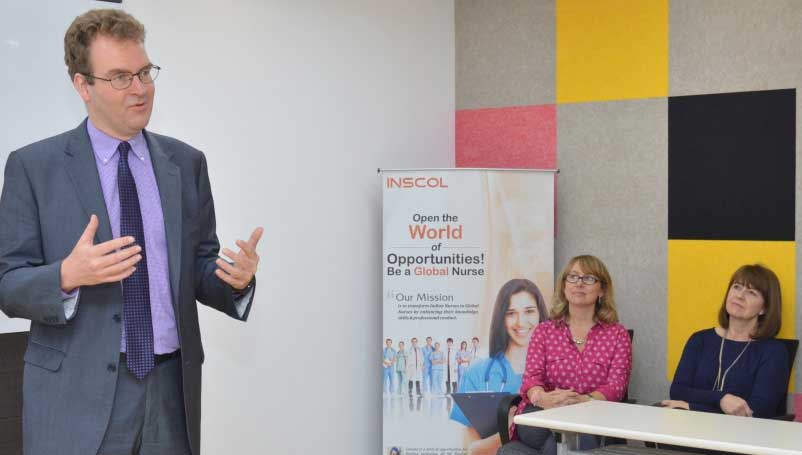 Twenty faculty members from various nursing colleges rehearsed and practiced in the Inscol’s unique simulation lab having advanced computerized mannequins which replicates emergency situation for pregnant women and showed how the lives of both mother and the child can be saved.

British Deputy High Commissioner, David Lelliott, who was the chief guest at the concluding function commended Inscol for contributing to the advancement of life-saving skills amongst nursing professionals.  He was also appreciative of Inscol’s continued effort in advancing nursing knowledge through its exclusive tieup in India with the British Journal of Nursing. 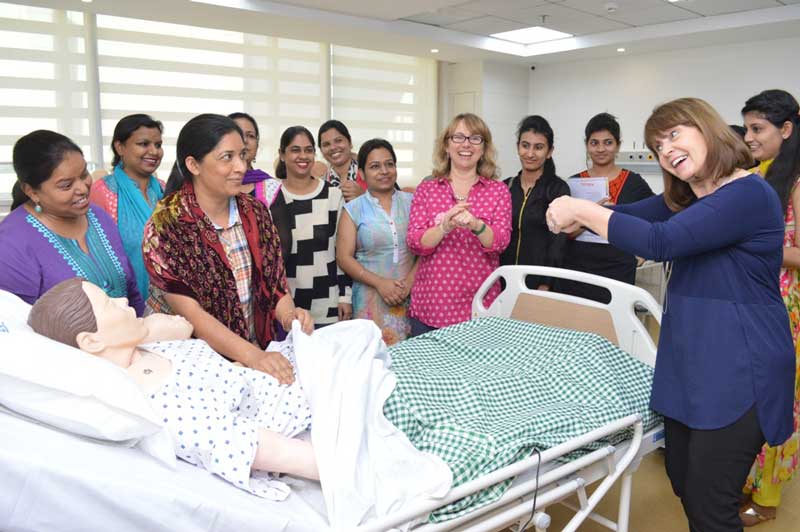 Inscol holds partnership with University of West London for conducting continuous education workshops for nursing faculty and students as well as working nurses in the hospitals in India,

Inscol’s CEO Bhupinder Singh Sabharwal said that Inscol has a strong base of over 1200 alumni in UK besides having a collaboration with NHS-approved recruitment agency in UK for placement of nurses.

Later David Lelliott handed over the certificates to the participants.