NewZNew (Chandigarh) : Johny ‘Hans, a Canada-based popular radio personality, voiceover artiste, rapper and poet has come up with another soul-stirring single titled ‘Aashiq Insane’ under the banner of Speed Records. Released today worldwide, the single features Meet Raju, while the musical beats are by Master D from famous ‘The Bilz and Kashif’ group and the video is done by Lensation Films. 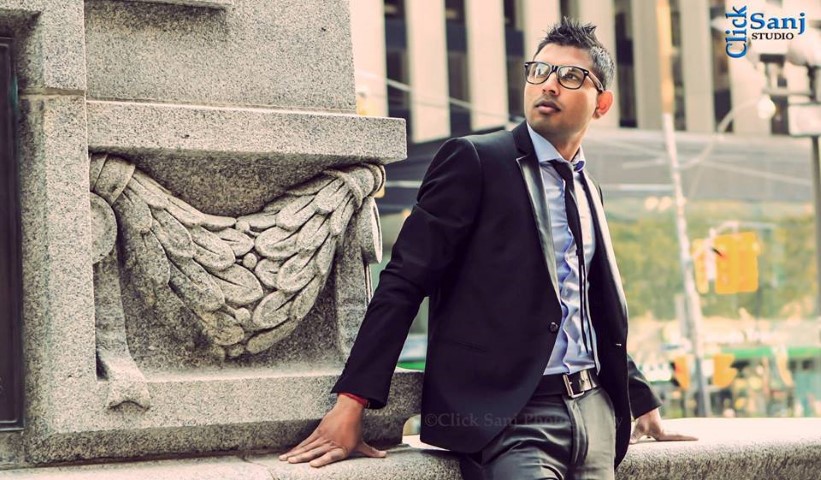 One of the finest Punjabi poets of the current ‘Youtube’ generation, Johny Hans is known for providing an expression to the emotions experienced by every Punjabi immigrant who is far away from his home and hearth. With ‘Aashiq Insane’, this uniquely talented Punjabi poet and rapper, has ventured into the territory of melancholy poetry, expressing the pain of a broken-heart.

Johny, who came as a student in Montreal, Canada five years ago, had no family there except some dreams in his eyes. Despite facing a multitude of problems, he kept his love for poetry alive and saved whatever little money he could to make small videos of him reciting his poetry.

Having been blessed with a naturally pleasing voice, he soon found a job as a radio show host as well at Radio Humsafar and became a popular voice in Montreal. Gradually, he became quite popular for his Punjabi poetry videos too among Indian community in Canada.

Johny recites his poetry in his own baritone voice, and even during his days of struggle in Canada, he never gave up on his creative dreams. In January this year, he came up with a video ‘Hisaab’ which garnered him rave reviews from the world-over.

Hisaab talked about the life of a Punjabi immigrant based in Canada, who is the envy of his friends back in India and pride of his father’s eyes. But, only a few understand that the reality is much different.
Besides being popular for his pleasing voice both on stage and on radio (Radio Humsafar), Johny’s spoken word skill has motivated several corporates in USA and Canada.

He has done motivational sessions for sales teams and trained people on changing their outlook toward life. He has also been MC on stage with hit artistes like Jazzy B, Kaur B , Mankirat Aulakh , Preet Harpal, Satinder Sartaj and many others.