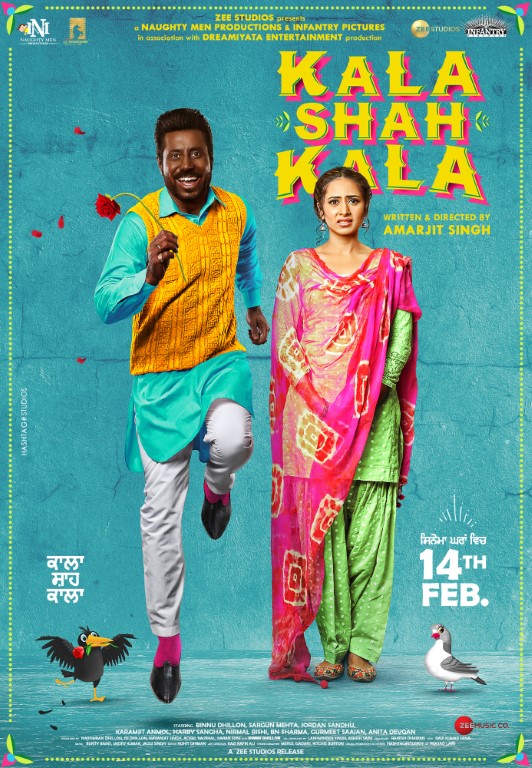 The trailer released on the Zee Studios YouTube channel.

Written and directed by Amarjit Singh, the film stars Sargun Mehta, Binnu Dhillon and Jordan Sandhu in the lead roles. Kala Shah Kala is a comedy with an important social message. The film will bring Sargun Mehta and Binnu Dhillon on the screen together for the first time.

Actor-producer Binnu Dhillon commented, “Often it is said that first impression is the last impression but you can only focus on the looks at the first glance. However, there’s more to a person than just his appearance. Kala Shah Kala will break this notion of looks by telling you the story of an underdog who is more than just ‘perfect looks’. Film’s trailer is out now and I am sure people will be intrigued to know more about this underdog. Well, the full tale will be told on 14th February 2019.”

Actor Sargun Mehta said, “Kala Shah Kala will reiterate that love is all about the heart and not about appearances. Haven’t we all heard it already? But this film will feel like a warm hug; it’s a film that celebrates love and will bring a smile on the audiences’ faces. With the launch of the trailer, we have given you an idea about our intent to entertain, and we hope that you all (audiences) will come meet us on 14th February at your nearest cinemas.”

Speaking on the film, Shariq Patel, CEO, Zee Studios said, “Our upcoming release is the Punjabi film Kala Shah Kala that tells a heart-warming story with a special social message, and a widely popular star cast who have done a great job. I hope the audiences like the fun and quirky trailer that will give the audiences a sneak peek into the film.”

The trailer of Kala Shah Kala released on the official YouTube channel of Zee Studios and the film is set to release on February 14, 2019.