At Indore, India won 3 one day matches continuously and grabbed paytm trophy of India –Australia one day series. Australian players was so disappointed with this defeat that they want to throw out their anguish and suppresses anger known as Bhadaas in Indian context. Somebody gave them idea to go Bhadaas Café which is a best place to express one’s suppressed anger i.e. Bhadaas in a unique way. Bhadaas Café has a anger expression room where anyone express his anger by cracking different objects placed there for this purpose. 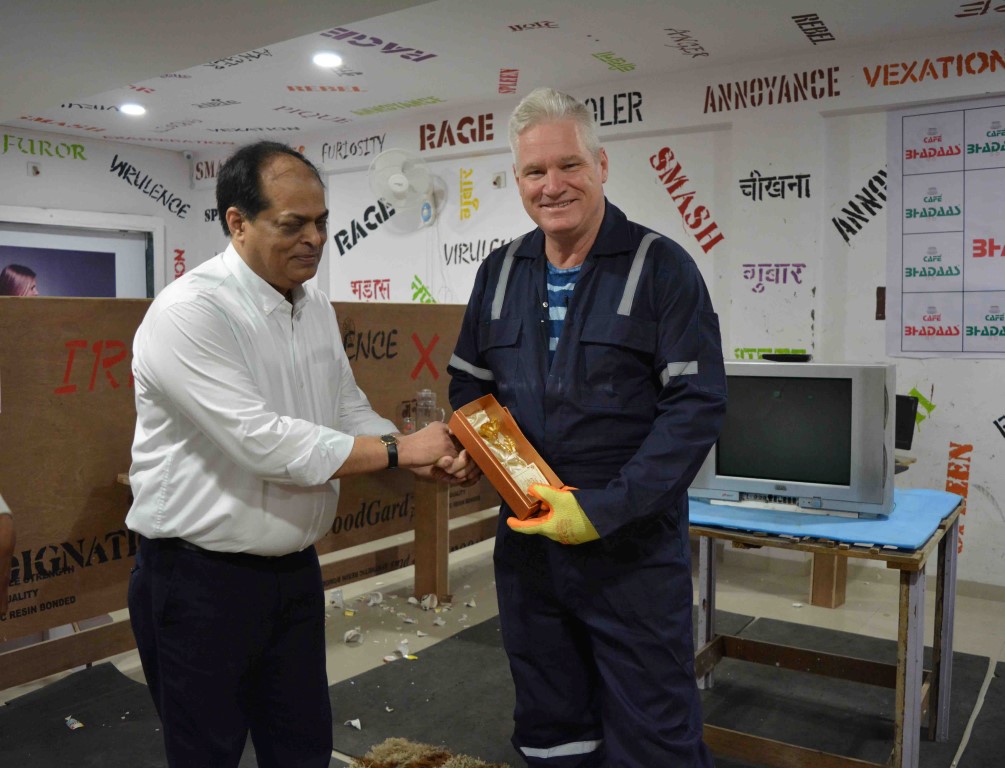 By considering it a good idea to release their anger Dean Jones and Brad Hogg went to Bhadaas Café with full security and visited anger room and selected TV, Computer, Laptop and Fish Aquarium to release their anger. They took a baseball and break selected items and released their suppressed anger in a unique way. After releasing their “Bhadaas” kangaroos said that after breaking these objects they are feeling themselves as very soothe and light. They also said that after releasing their suppressed they were free from their anger and irritability and now they try to perform their best to win next matches of the series.

Dean Jones and Brad Hogg said that we have heard about anger expression room but seen first time in India. It is really a unique and innovative idea to release one’s anger. Atmosphere of this anger room is created in such a way that it not only releases your anger but also taking off your negativity and makes you pleasant.

Atul Malikram, Owner of Café Bhadaas said that some more Australian players wanted to visit Bhadaas, but unable to visit due to some personal reasons. Those who visited here and released their suppressed anger were very pleasant and they also appreciated our efforts and expressed their views that in this situation of tensions and pressures of today’s life, this café proved to be helpful to release anger of the people. 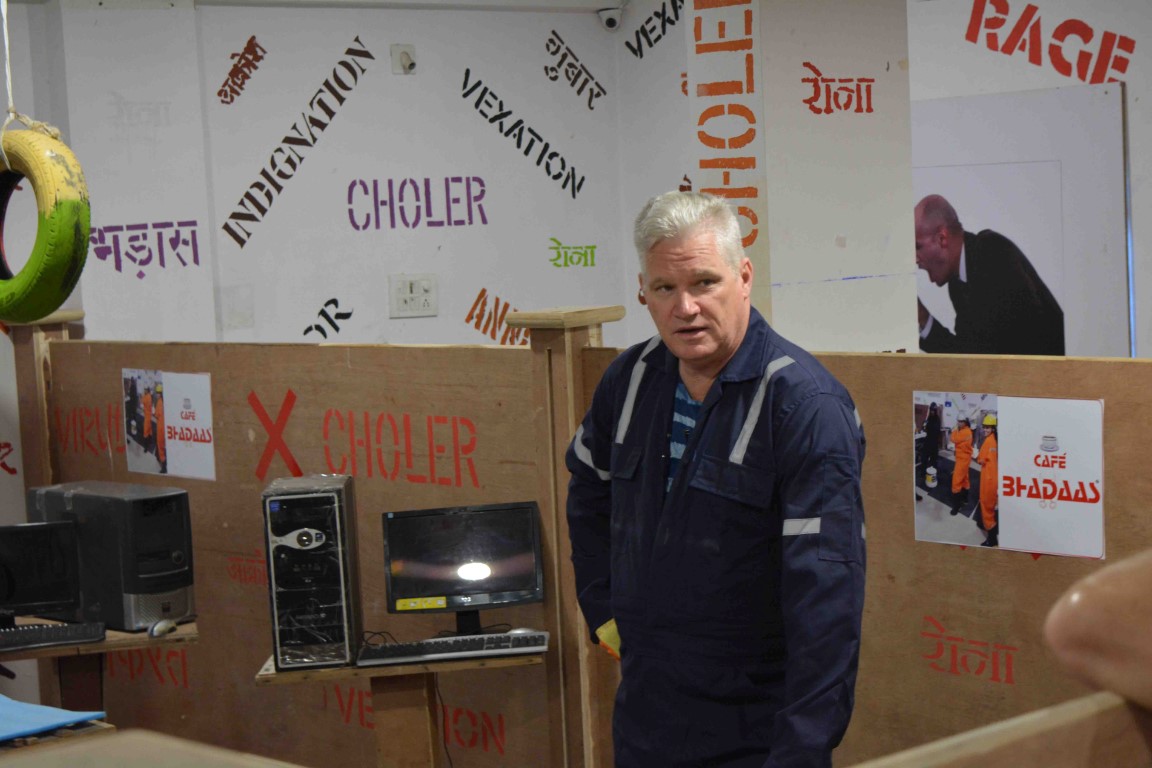 On the arrival of distinguished Australian guests, they were welcomed in Indian tradition by offering them garlands and Aartee and mementoes were also presented to them.   After releasing their suppressed anger players enjoyed coffee at Bhadaas café. Australian players were so much pleased with this reception that they put their signature on a bat for the café.