Once in a while, an outstanding new talent emerges, with immeasurable promise and potential. When the talent in question also has the charisma and allure of a ‘star in the making’ it is time for us to sit up and take notice. Karanveer, who makes his mainstream movie debut opposite Parmish Verma, in Punjabi movie Rocky Mental, is such a talent – a fine actor on his way to becoming a star. Beneath the imposing presence and ‘Greek god body’, Karan is surprisingly soft-spoken and mild-mannered – suave and articulate, yet exuding a boyish vulnerability that endears him to everyone. 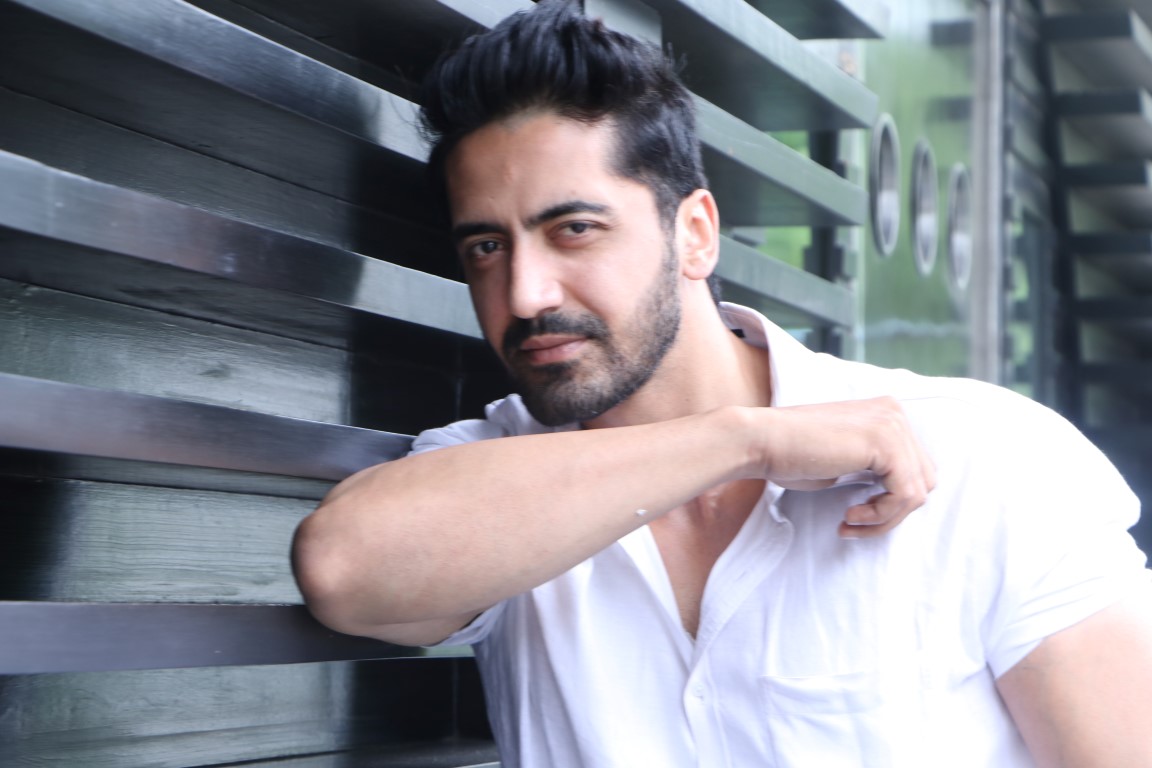 From his early days Karan had been pursuing his parallel passions of theater and fitness, acting in plays while also working as a fitness trainer. In 2009 he entered the Gladrags Manhunt Pageant and was declared the finalist from Chandigarh. This led to a series of modeling assignments and TV roles. His association with theatre continued and he matured as an actor, working on material from the likes of Saadat Hasan Manto, Bhagwati Charan Verma and Dharamvir Bharati. He went on to act in a few indie and short films which propelled him towards an opportunity to work with Academy Award winning director Danis Tanović (No Man’s Land) on his 2014 film ‘Tigers’.

The experience was a turning-point for Karan and it instilled in him a focus on meaningful roles and quality cinema. Fate works in mysterious ways. Sometimes an actor goes in search of a role and sometimes a role goes in search of an actor. Director Vikram Thori and actor Parmish Verma had a path-breaking film ready to go on floors but were held up as they could not find the right actor to play the villain. After an elusive search which lasted for months they stumbled upon an audition clip by Karan in early 2016 – the decision was instantaneous – they had found their villain! MENTAL FACTS !

Karanveer is known to be a very humble and soft spoken guy in real life , to the extent that people in his friend circle tagged him as the GENTLE GIANT, contrary to the character he plays in the movie . To put life to the character of Sher Gill he worked on himself specially his voice, Karanveer practiced the art of VOICE MODULATION for months before he dubbed his part for the movie which won him applause from the technical team. The creepiness and weight age in the dialogues is a result of his hard work , belief in METHOD ACTING and the positive support from the writer Udai Pratap Singh Sandhu .. Karan believes that the success of any movie lies in the joint efforts of the whole team , he gives the credit to his director Vikram Thori , writer Sanjay Saini , udai pratap and his co-actors Mahabir Bhullar sir , Jagjit singh and Darshan Aulakh sir along with his contemporary from theater Dheeraj Kumar and Jagjeet Sandhu.

He believes that it’s very important that the antagonist in movies should be good actors so that the whole theme looks balanced “You need a good villain to bring out the true heroism out of people ” It’s not about being hero or villain it’s all about how good you bring out your character in front of the audience ” I went to see rocky mental with my family and noticed people relating to the character of Maninder Shergill , I smile to myself every time I feel they hate Shergill because that’s my victory as an actor . I feel blessed that people loved my work and reverted to me on my social media accounts with love and praise”. Karanveer had to shred for his character in the movie, for which he lost 20 pounds in 15 days, which was the result of hardcore workouts, strict diet regimes and his dedication as an actor towards his role. The movie hit the screens on 19 august 2017 and the rest is history, as they say.