Friday, December 15th was the date when Christmas in all its splendour was celebrated at the first British Boarding school in the country – King’s College India. The school’s Christmas Festival included friendly animal rides, live performances, dance, music, food and games for all to participate in. It truly was an amazing spectacle as the magic of the festive season was recreated in Rohtak. Students at the school, currently from across India including Chandigarh, Karnal and Ludhiana participated. Their parents also travelled to see their work. 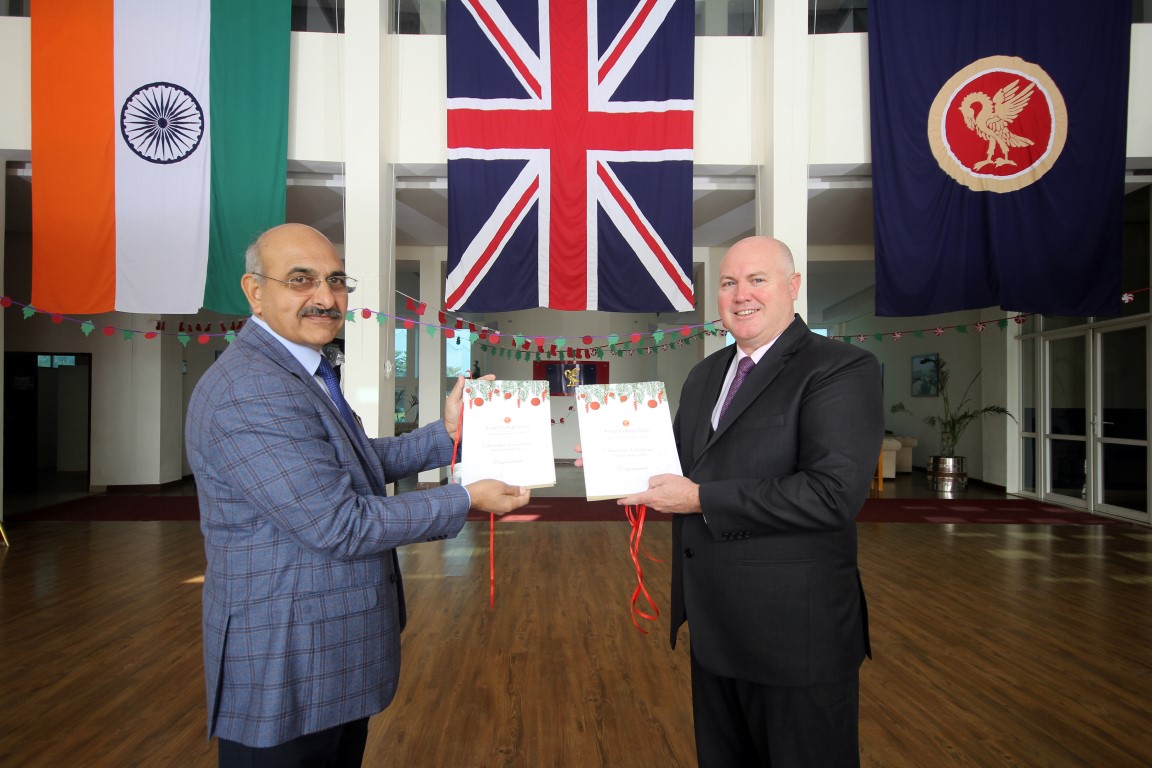 The students at King’s are taught to celebrate festivals and appreciate people from around the world. The school believes that providing the students with a very broad and balanced education will equip them for life and ultimately make them more open minded to people from all faiths and religious traditions.

In the same spirit, earlier this year, the King’s community celebrated Holi and also Diwali with a traditional performance in the outdoor theatre. Infact, being part of an exchange programme during Diwali, a group of King’s College India students participated in Diwali celebrations at King’s College Taunton, UK.

A remarkable experience for students and teachers of King’s College Taunton, UK was participating in Rangoli making – intricate floor patterns made using coloured powder – the pupils from King’s College India performed a stunning musical show depicting the celebration of good over evil and the victory of light over darkness in the school theatre. Everyone in the UK school was amazed to learning about the unique way in which Indian festivals are celebrated.

Before the wonderful celebration of Christmas, student’s at King’s College India had also celebrated Halloween.

On this occasion Headmaster Mr. Brendan Canavan remarked “At King’s College we believe in an inclusive education which also sensitises our students to the different cultures around the world. We want our children to grow up as global citizens who are respectful and understanding towards all. Festivals and celebrations are also great ways of building positive memories. We look forward to many such celebrations together as King’s College India family.”

King’s College in India is the first British boarding and day school, which started operations in 2016 on a 21-acre campus near Rohtak. Students of ages from 3 to 18 years are provided British quality education at Indian price. The school follows the Cambridge curriculum and mirrors the education practices of its parent school, King’s College Taunton UK.

King’s College, Taunton is regarded as one of the top co-educational Independent Schools in the UK that provides an outstanding education for both boys and girls. Nobel Prize winners, politicians, entrepreneurs, artists, musicians and theatrical stars have all emerged from King’s College, Taunton since its foundation in 1880 (137 years ago).

Display Of Best Discipline And Skills : The Hon’ble President Of...