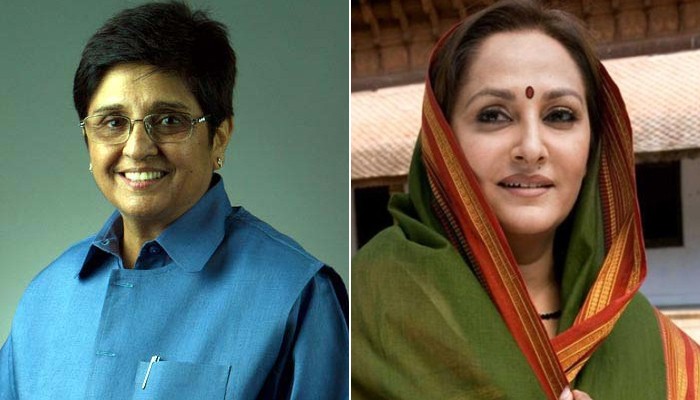 NewZNew (New Delhi) : In what could heighten the political fever in Delhi, former IPS officer Kiran Bedi is likely to join the Bharatiya Janata Party.

As per reports on Thursday, Bedi as well as actor-turned-politician Jaya Prada are likely to contest polls in Delhi on BJP seat. Earlier, reports had claimed that the BJP could field Bedi as Delhi CM candidate. Notably, finding the right candidate to take on Aam Aadmi Party’s chief Arvind Kejriwal in the Delhi Assembly polls, scheduled to take place on February 07, appears to be a headache for the BJP’s state unit.

If reports are to be believed, Jaya Prada is likely to contest polls against Kejriwal in the New Delhi constituency. Jaya Prada had contested 2014 Lok Sabha elections on Rashtriya Lok Dal’s ticket from Bijnor, but had lost. She has been a member of the Telugu Desam Party, the Samajwadi Party and later the RLD.

Bedi was once Kejriwal’s ally in the anti-corruption campaign led by Gandhian Anna Hazare that captured the imagination of the country and led to the birth of the AAP. Ilmi quit AAP in May 2014 citing “lack of inner party democracy”.

The BJP emerged as the single largest party in the Delhi Assembly polls in 2013 by winning 31 seats but could not form the government as it failed to reach the halfway mark.

The New Delhi seat was a Congress bastion and former chief minister Sheila Dikshit had won it thrice-in-a-row till she was drubbed by Kejriwal by over 20,000 votes in the December 2013 Assembly Election.

Kejriwal went on to become the Delhi chief minister and, though he was in office for a mere 49 days, he consolidated his position in the constituency. He is again the AAP candidate from New Delhi for the upcoming elections.

Delhi has been under President’s rule since February 2014 after the Kejriwal-led AAP government quit, citing lack of support for an anti-graft bill, among others.