Sony SAB’s newly launched show ‘Shankar Jai Kishan – 3 in 1’ have garnered attention from the viewers for its unique storyline. The show revolves around the life of Kishan who lives a triple life in order to keep his mother away from another heart attack. But this landed him into trouble as his mother now wants all the three brothers to get married unaware of all three being one. 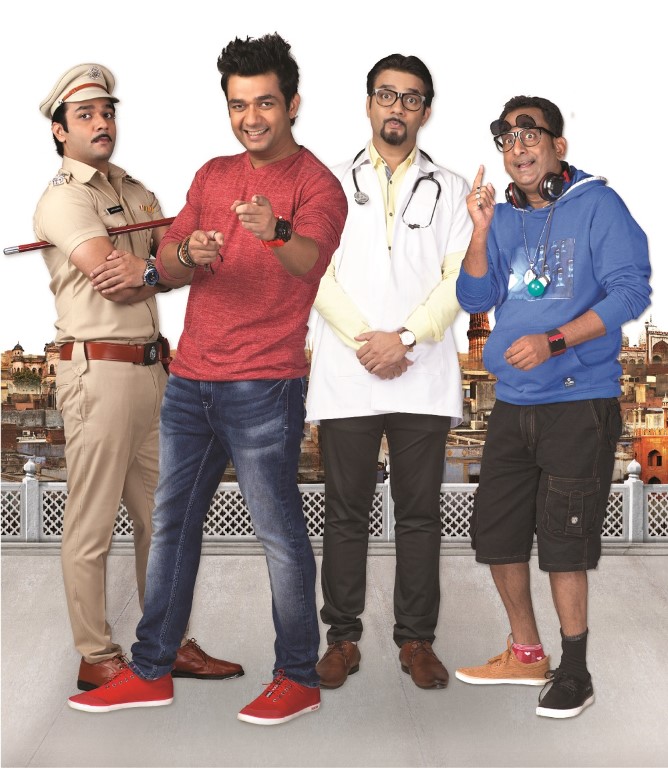 Kishan’s life turns upside down when his mother finds three suitable brides for him to get married. The three girls, Twinkle, Dimple and Simple are daughters of Shammi Kapoor who is Kishan’s late father, Jwala’s best friend. Kishan’s mother blackmails him to get married and like always he couldn’t say no. With added problems to his life he now has to deal with all the three girls and convince them that he is not a suitable husband for them.

How will Ketan convince the girls not to marry or will they come to know the truth ?

Commenting on the track, Kettan Singh who plays triple role as Shankar Jai and Kishan said, “It’s rightly said that one lie leads to another and the same situation is dealt by Kishan. His lies have taken a step further and now he will have to get married to three different girls. The situation turns crazy when he has to meet them all together. It’s a task to play triple role at the same time but it’s fun to shoot three different character.”

Stay tune to catch this exciting track on Shankar Jai Kishan – 3 in 1, Monday – Friday at 10 pm only on Sony SAB!

Knowledge can cleanse you of hatred, malice