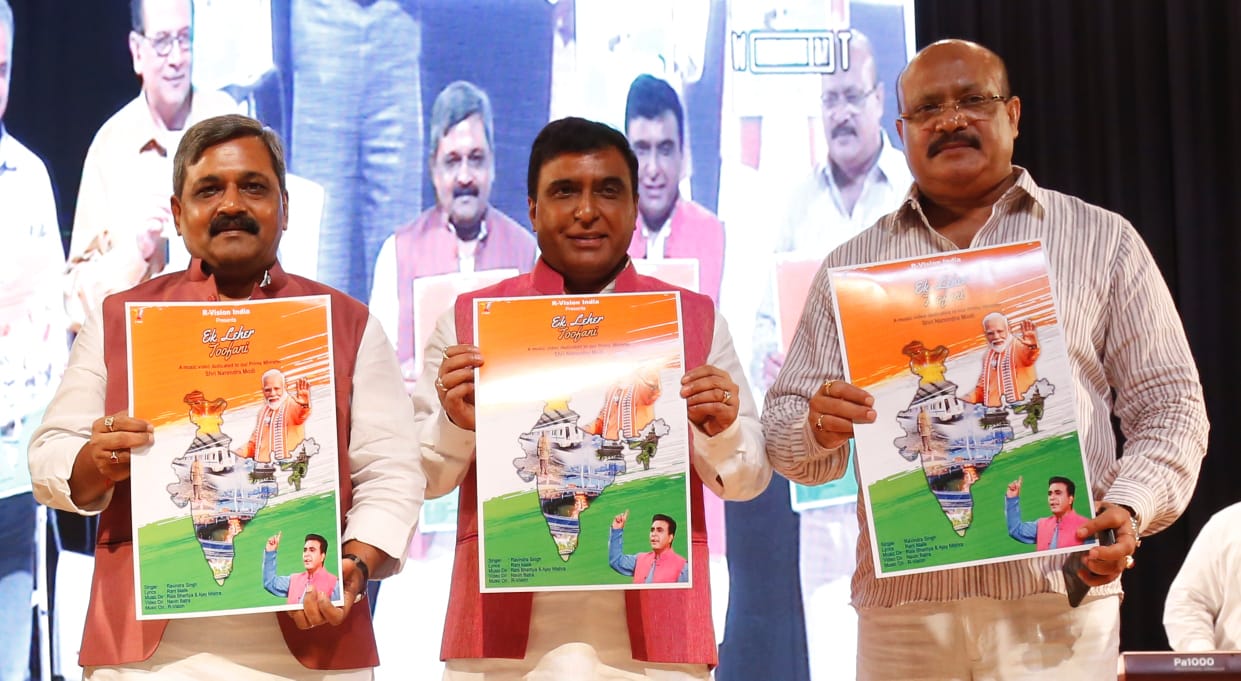 A Passion for music, a dream to reach out to the world and a ‘vision’ for the welfare of society through the language of music has resulted in an honest effort called ‘ R-Vision India’. On this occasion, Former BJP Delhi President Satish Upadhyay and Ex Councillor Rajesh Rajora present there.

During a musical journey lasting more than 15 years, R-Vision has produced an array of Music Albums under various genres with an attempt not to leave any musical note untouched, be it patriotic, devotional or entertainment.

R-Vison is headed by Ravindra Singh, who is a passionate singer and has lent his voice to movies and music videos of all genres.

R-Vision successfully made the transition from Music Production to Film Production in 2010 with their first home production “Nakshatra” starring Anupam Kher and Milind Soman.

In 2011, they added one more feather to their cap with the release of the romantic film “Pappu Can’t Dance Saala”, starring Vinay Pathak, Neha Dhupia & Rajat Kapoor.

And in 2018, they released their 4th production “Udanchhoo” starring Prem Chopra and Ashutosh Rana.

In 2014 when Shri Narendra Modi became Prime Minister, Ravindra Singh produced a music video Ek Bharat Swachh Bharat, which was dedicated to our Prime Minster and his Cleanliness Mission.

Since, Ravindra Singh is a proud supporter of our Prime Minister and his work, he has produced another music video dedicated to him “EkLeherToofani”. This 4 minute music video is a humble attempt at highlighting the many achievements of our Prime Minister & his government and showcasing how our country’s global pride & prestige has grown like never before through Modi ji’s tireless hard work.

The lyricist of this music video is the widely known Zee Cine Award recipient Rani Malik. The Music Director is Rais Bhartiya and the video has been directed by Navin Batra and Ravindra Singh has lent his voice to this song.