Latest Punjabi Movie Afsar : Showtimes, Review, Songs, Trailer, Posters, News and Videos : From the makers of Bambukat, Vekh Baraatan Challiyaan and Rabb Da Radio, nothing short of best is expected. These makers have rolled out some of the best films in the recent times, and it is the uniqueness in their concepts that’s usually considered to be their USP and the hallmark. 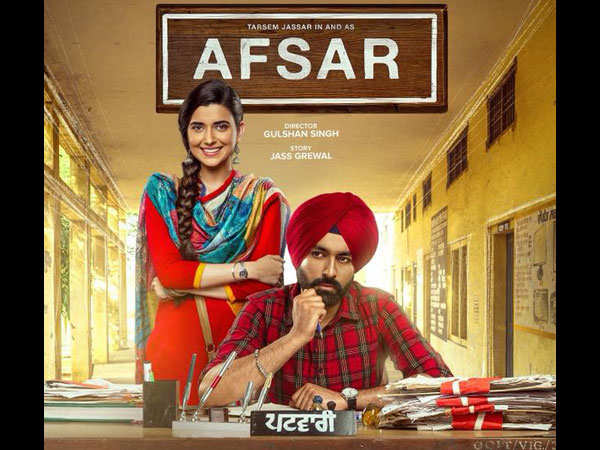 This time they are coming up with a very unique concept in their upcoming film, “Afsar” which would narrate the tale of the importance of ‘Patwaris’ and ‘Kanungos’ in the villages of Punjab. Made under the banners of Nadar Films and Vehli Janta Films, its Producers are Amiek Virk Manpreet Johal and the Co-Producers are Tung Films, 7T1 Films, Next Level Productions and Harsimran Waraich. The film is directed by Gulshan Singh, who is debuting as a Director, through his maiden project, “Afsar”.

The story and the screen play has been written by none other than the renowned name, Jass Grewal and the dialogues have been written by Jatinder Lall. The worldwide distriubution is being done by the famous name, OmJee Group. 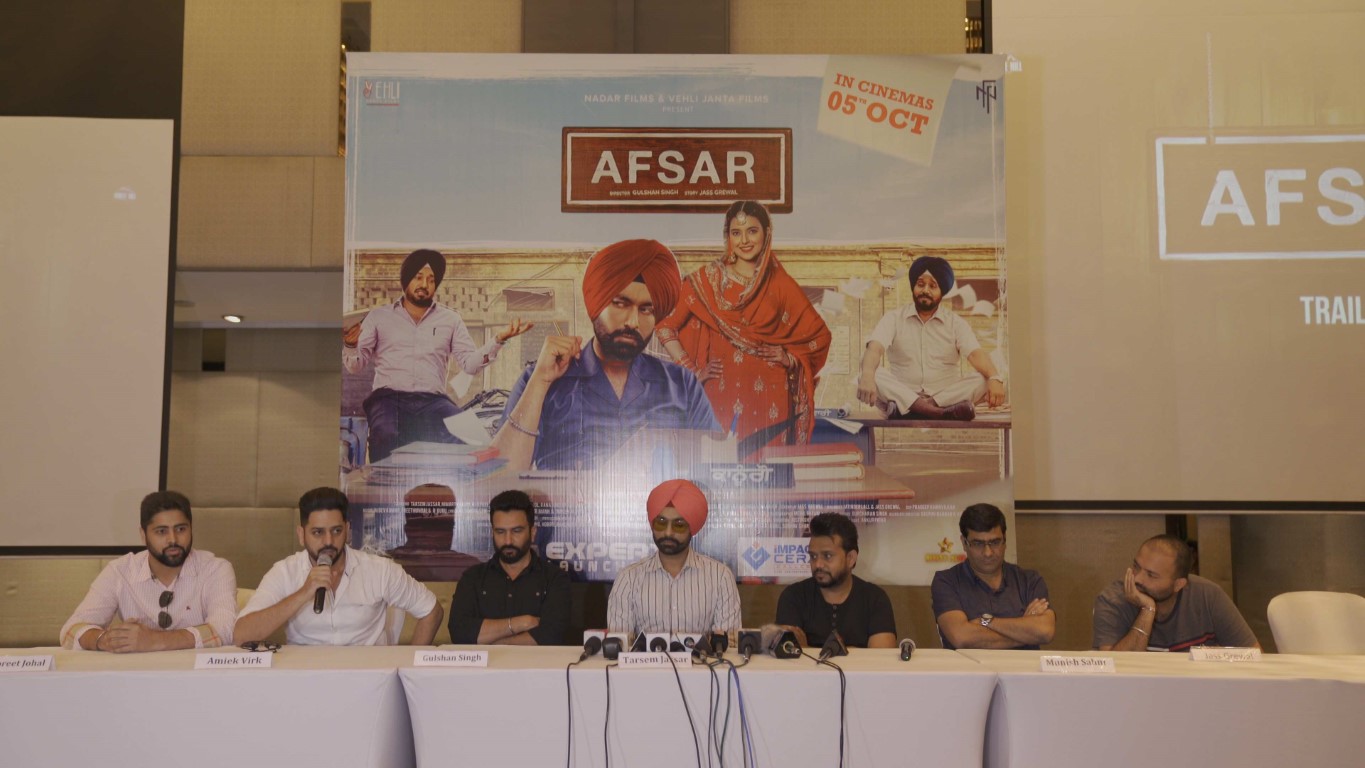 The team of the film was in town today for its promotions and to talk about it. The Director, Gulshan Singh, said, “Afsar” is actually a new and unique concept of ‘Patwaris’ (which is the lowest state functionary in the Revenue Collection System) in Punjab enjoys.

AFSAR highlights the ‘larger than life’, influence that these Patwaris have in the villages, often resulting in changing land records at will. Due to low levels of literacy, innocent villagers often think that they are even higher in ranks than Kanungos, wherein Kanungos are actually officers whose job is to supervise the conduct and the work of patwaris in their charge, and it is their duty to report the bad work or misconduct on the part of Patwaris”. He further added that he is sure that the audience will like the film.

The lead actor Tarsem Jassar, said, “It is an unusual script, the story is quite close to the real life and this will be another platform for me to show my real self”. “I am sure that the as the audience has liked my previous films they will like this film also”.

The Producers, Amiek Virk and Manpreet Johal also added, “We are happy and enthusiastic to make a film which is actually so much close to the hard core fact and truth of the society, as the film carries a good storyline and we are happy to be associated with this project and we look forward for something good in Punjabi Cinema”.

The music of the film has been composed by renowned and famous Music Director Jaidev Kumar, Preet Hundal and R-Guru. There are eight songs in the film for which the lyrics have been penned down by Tarsem Jassar, Arjan Dhillon, Harmanjeet and Gurbinder Mann. We will hear the soulful and melodious voices of Tarsem Jassar, Nimrat Khaira, Ranjit Bawa, Arjan Dhillon, Gurnam Bhullar and Karamjit Anmol.