~The campaign brings to life the Louis Philippe man, a visionary leader who creates impact and leaves a mark of greatness ~

Louis Philippe, India’s leading premium menswear brand from Aditya Birla Fashion and Retail Ltd, known for its tagline – ‘The Upper Crest’, unveils its ‘Rise Above the Rest’ campaign which showcases that true leadership is about taking decisions that leave a lasting impact. 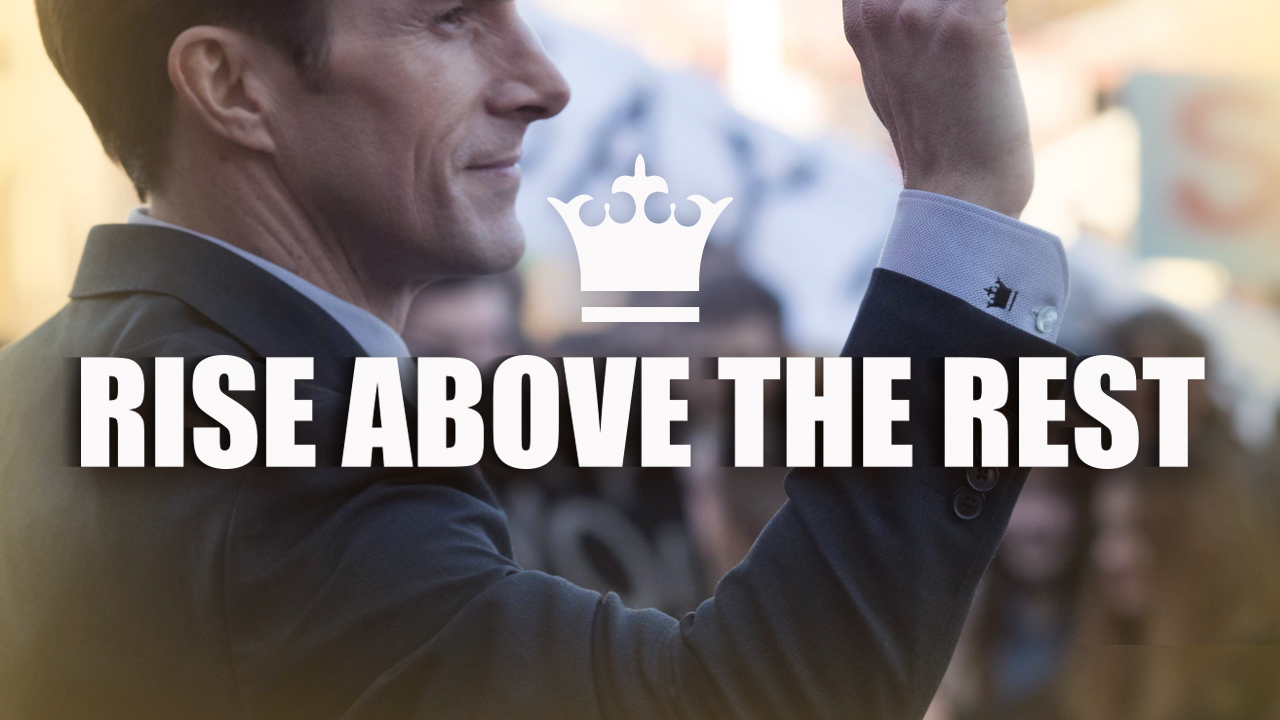 The TVC features a victorious President, known for his leadership and identified by the Louis Philippe crest he carries on the cuff of his shirt. The ad conveys that in a world filled with predictable formats to success, only a visionary leader creates an impression and leaves a mark of greatness.  The campaign showcases that a discerning leader (President) invests a lot of thought behind every decision – including his wardrobe choices, that help him influence and take on any challenge with his sartorial skills.

Louis Philippe promises to give the finest, most luxuriant products created with superior craftsmanship, truly worthy of a leader. The campaign features a President sporting a timeless charcoal grey Louis Philippe suit. A chequered waistcoat adds a fashionable punch to the ensemble. The look is topped off with a belt matching with the black oxford woven leather footwear and a maroon pocket square and tie.

Kumar Saurabh, Brand COO, Louis Philippe, Aditya Birla Fashion and Retail Ltd. said, “Louis Philippe is a leader in the premium menswear segment in India. Louis Philippe stands for precision in craftsmanship that translates into clothing that is timeless yet contemporary, and perfect for the discerning audience. Louis Philippe was introduced in India in the year 1989 and almost three decades later, the brand logo – the “Crest” is prized even more for its craftsmanship and attention to detail. This film is another big step in that direction to bring the Crest alive by appropriating meaning to the Crest. The objective of the film was to create clutter breaking and memorable communication that is relevant to today’s Indian consumer. The film is supported by a stellar media plan that targets consumers on channels most relevant for them; while creating impact properties for the brand to associate with as well. And this is only the beginning of the year. There’s lots more to come.”

The campaign has been conceptualized and executed by creative agency J. Walter Thompson. Speaking on the occasion Senthil Kumar, Chief Creative Officer, J. Walter Thompson South Asia, said, “Louis Philippe has been a brand that has defined premium men’s lifestyle segment in India. Louis Philippe recognizes men of substance who make an impact and leave a mark of greatness. The very same philosophy is delivered through the Rise above the Rest campaign where a President takes a decision that leaves a lasting impact on millions of his citizens. A brand of this stature can be the only one to stake claim to define ‘The Upper Crest’ each time.”

You can watch the campaign on – https://www.youtube.com/watch?v=l5B0X2Q-rxo

Ola to roll out ‘Guardian’ feature in more markets across India...