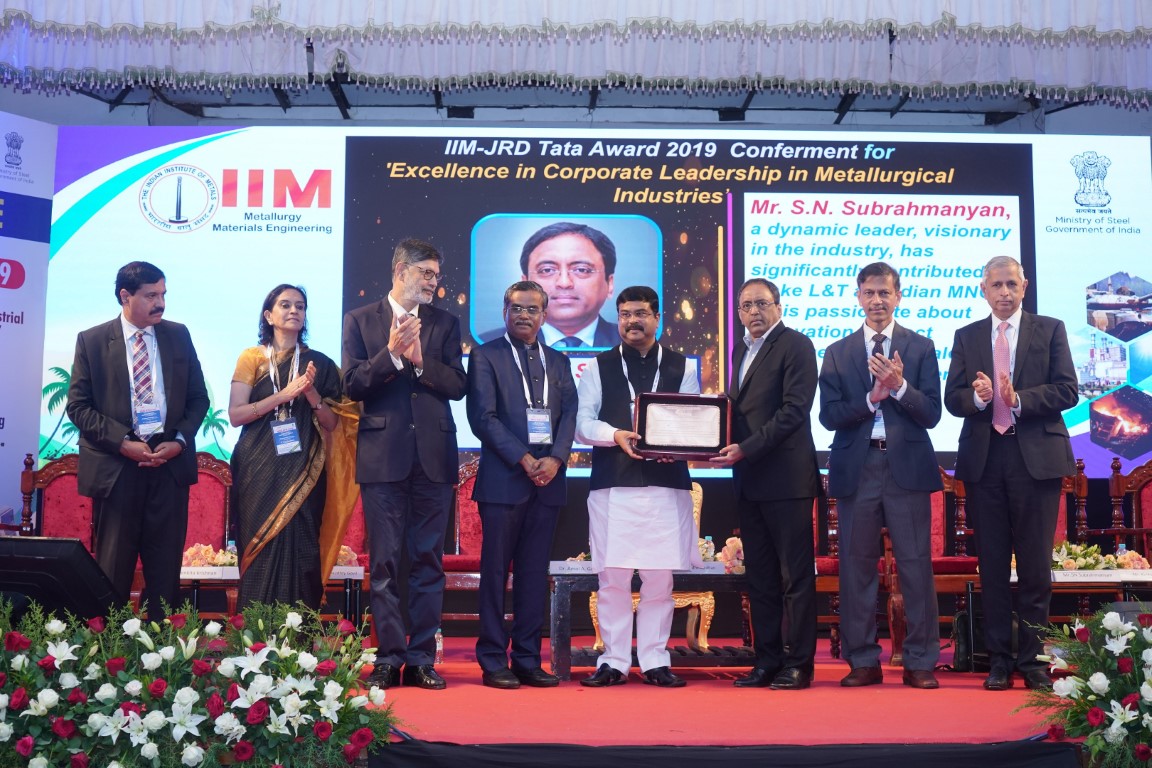 With this, Mr. Subrahmanyan joins the league of eminent awardees like Ratan Tata, E Sreedharan, Sajjan Jindal, who have received the coveted IIM-JRD Tata Award in the past.

Union Minister of Steel (MoS), Dharmendra Pradhan, handed over the award to the L&T CEO and MD at the 57th National Metallurgists’ Day held at Kovalam in Kerala recently.

Thanking the award committee, the L&T CEO and MD said: “I am honoured to have received this prestigious award, which also comes as a recognition of L&T’s contributions to the Indian industry. We will continue in our endeavours to excel and set new benchmarks.”

Mr. Subrahmanyan was selected in recognition of his outstanding contributions to the metallurgical industry in the sphere of leadership and development that have had an impact on both the national and international landscape.