Maharashtra Act applicable on defaulters in Punjab and Haryana: NSEL to HC : The high court of Punjab and Haryana is all set to hear a bunch of petitions filed by LOIL group of companies, Lakshmi Energy and Food Limited and ARK Imports challenging attachment of their properties under the Maharashtra Protection of Interest of Depositors (MPID) Act for their alleged involvement in Rs 5,600 crore National Spot Exchange Limited (NSEL) scam. 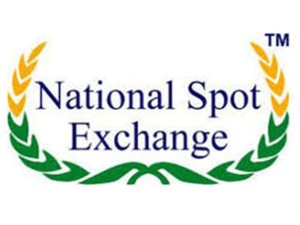 The Economic Offence Wing (EOW) had registered an FIR against NSEL in 2013. Following which notifications were issued by EOW in June 2016 attaching properties of various defaulters, including the properties of LOIL group of companies, Lakshmi Energy and Food Limited and ARK Imports.

These companies then approached the HC contending that the MPID Act cannot be applied outside the jurisdiction of Maharashtra. They have also claimed that their properties, which are based in Punjab, cannot be attached under the MPID Act. Also, NSEL has filed intervention applications in all these petitions as it was not included as a respondent. According to NSEL, MPID Act is applicable on the petitioners as they have carried out business on their exchange, which has a registered office in Mumbai, Maharashtra.

NSEL has been working towards the recovery of money from the defaulters and has successfully obtained decrees of about ₹3,600 crore. In the intervention applications, the spot exchange has stated that the properties were attached by the EOW “in order to secure interest of the investors and secure the amount due and payable by the petitioners”.

Urging the HC to allow the concerned authorities to go ahead with the legal process, NSEL has said that the stay order (by HC) would only delay the process of recovery of dues from the petitioners and investigation in Maharashtra.

The HC had earlier stayed attachment of properties of the petitioner till final order. Seeking removal of the stay orders, NSEL has said that the said orders were obtained by the petitioners by “concealing material facts”.

“The present petition has been field merely to derail the recovery process which is against the interest of all the counterparties/ investors who are to receive the money from this recovery process,” reads the intervention application filed by NSEL in the Lakshmi Energy & Foods Limited.

The petitions by LOIL group of companies, Lakshmi Energy and Food Limited and ARK Imports prays that the high court pass an order observing that sections 6(1) and 14 of the MPID Act cannot be applied beyond the state of Maharashtra. They have also sought that quashing of the notifications by EOW attaching their properties.