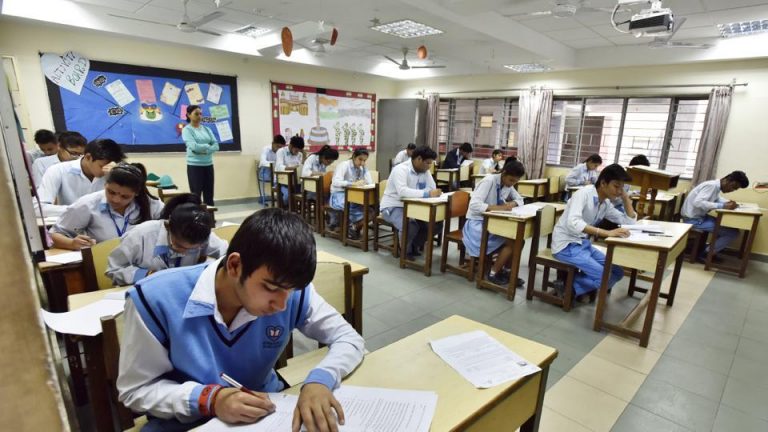 Total 1,25,620 students had registered to appear for the SSC supplementary exam 2017 who have failed in the annual Maharashtra State Board result 2017 which were declared on June 13, 2017. Further reports state that the overall pass percentage recorded in the Maharashtra SSC supplementary results upon the declaration of the result of the same today, has come out to be at only 24.44 %. Only 30,488 students managed to pass SSC supplementary exams, report adds. Also Read : Ram Manohar Lohia Avadh University B.Sc. Part I Exam Result 2017 at www.rmlau.ac.in

Students, who wrote their supplementary exams in July, may visit the official website to check the Maharashtra SSC Supplementary result 2017. Each student will have to enter his/her unique roll number to access the result and download the provisional marks sheet. The marks sheet should be downloaded for use in admission purposes, it will be considered valid, and however, the original marks sheet which will be dispatched by the board later.

Also Read :   Why Picking an Online Designing Course is a Brilliant Choice

The Maharashtra SSC exams were conducted by the Board at over 4.7 thousand test centers wherein over 17.66 lakh appeared. This included 9,89,908 Boys and 7,76,190 girls. MSBSHSE conducts SSC exams through its nine divisional Boards, namely, Amravati, Aurangabad, Kolhapur, Konkan, Latur, Mumbai, Nagpur, Nashik and Pune. Nonetheless, it’s a great news for the students who’ve waiting and hoping to pass the 10th class and get involved in further academic studies, not losing a year of their career pursuits. Also Read : TYBCom Exam 2017 Results Announced at mu.ac.in by Mumbai University

The Board conducts examination twice a year and the number of students appearing for the main examination is around 14 Lakh for HSC and 17 Lakh SSC, for the supplementary examination around 6 Lakh students are expected HSC and SSC together. There are about 21000 schools (SSC) and 7000 (HSC) Higher Sec. Schools / Jr. Colleges in the entire state.