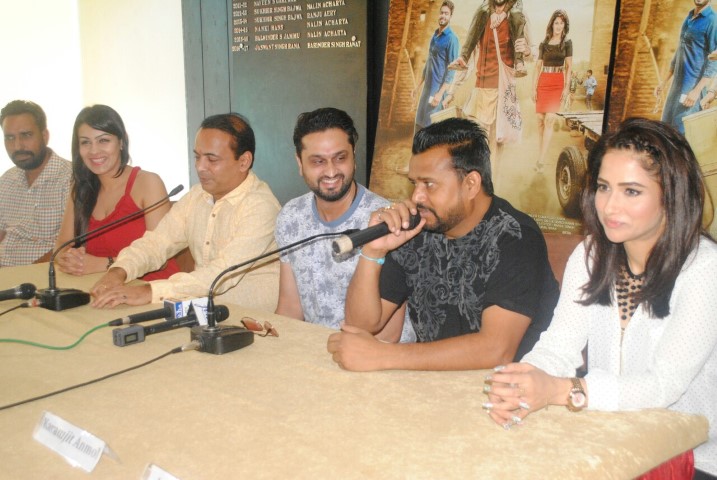 NewZNew (Chandigarh) : Love, friendship, emotions, drama, thrill and an awkward illusion, this film brings out the best of performances with one of the best scripts of present times in Punjabi film industry. Yablee Entertainment is ready to release their Punjabi film ‘Main Teri Tu Mera’ today which stars Roshan Prince, Mankirt Aulakh, Yamini Malhotra, Harinder Bullar, Jazz Sodhi, Karamjit Anmol, Mannat Singh & Anita Devgun. The film has been directed by Ksshitij Chaudhary who is known for his perfect directorial skills. 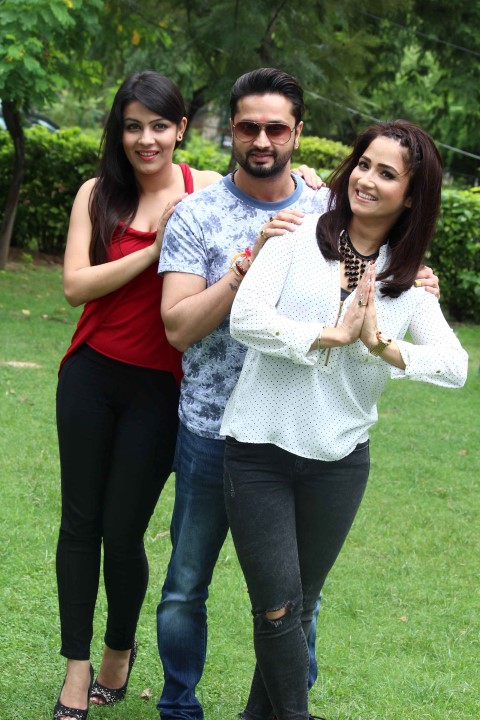 The team of the film was in town on Thursday to talk about it. In this press conference held at the Chandigarh Press Club, Sector-27, Roshan Prince who is the producer also of this movie with his first home production, told that this film has brought out his skills better as an actor. He said, “It is an unusual script and we enjoyed shooting for it. I feel I’ve grown better as an actor with this one and look forward to the audiences’ reaction.”

Well-known writer Pali Bhupinder Singh has written the story, screenplay and dialogues of the film. Karamjit Anmol can be seen delivering wonderful dialogues in his own style in the trailer of the film. He said, “The characters in the film are much close to real life and hence performing them was real fun in itself.”

Lead girl Yamini Malhotra seems much happy about this new film. She told that this film was a great opportunity for her to learn from senior actors. Harinder Bullar and Jazz Sodhi will also be seen playing important characters in this film.

BD India has been awarded one of the Best Healthcare Brands