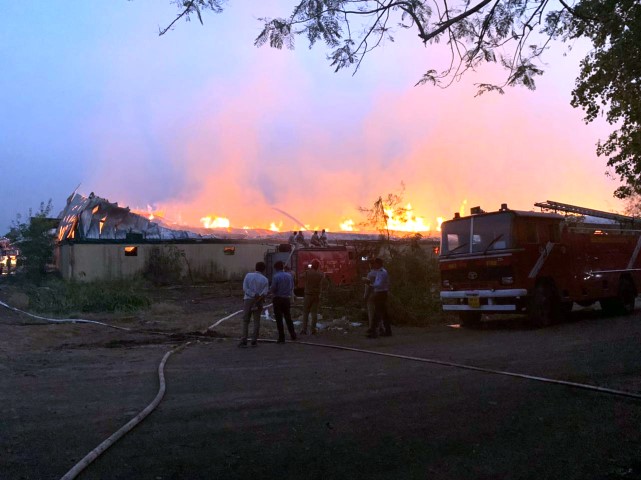 Company spokesperson, Kanchan Sondhi, here at Ludhiana informed that the fire has resulted in major damage of stocks of cotton, lying in the warehouse resulting in losses of approximately Rs 100 crores. Major losses occurred due to strong dry winds and inclement weather. The cause for the fire has not been ascertained yet.

More than 30 fire tenders were put to control the fire, out of which more than 15 were still in action as reported at the time of going to press. Fortunately no loss of life has been reported till now.

The company is proactively monitoring the situation and taking further necessary steps for the safety and well-being of the manpower. The company also informed that damage is adequately covered by Insurance and we have already informed the Insurance Company about the fire Incident.

‘Utsav’ By Trends An Exhibition Themed On Teej & Rakhi Starts