Mamata accuses Centre of diverting oxygen supply to Bengal: West Bengal Chief Minister Mamata Banerjee on Friday accused the Central government of diverting the oxygen supply meant for Bengal to the other states, which will create shortage of oxygen in the state, jeopardising the treatment of Covid patients. 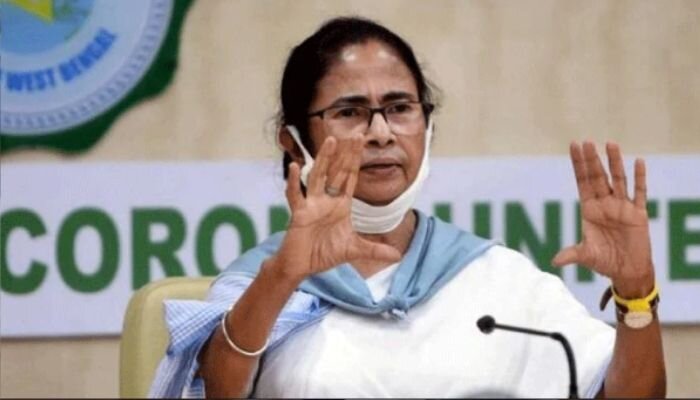 “In 2020, the WHO had told the Central government to increase the storage of oxygen but it had ignored the suggestion. Now when the entire country is reeling under the crisis of oxygen shortage, it has decided to divert the oxygen supply scheduled for the state to Uttar Pradesh.

“SAIL, which used to supply oxygen to us, has been asked to send the oxygen to Uttar Pradesh. This will increase the crisis of oxygen in our state,” Banerjee said at a press conference on Friday.

“Presently, there is a crisis of oxygen and medicines. We have stopped supplying oxygen for industrial purposes and decided to use it for medical purposes only. We have arranged for a stock of 5,000 cylinders and there is an additional stock of 15,000 cylinders. This will create a storage of 20,000 cylinders which will meet our requirements for the next few days,” the Chief Minister added.

Later, the state government said in a note, “The Ministry of Health and Family Welfare, government of India, had on April 21 allotted 200 MT of oxygen from different plants located in West Bengal to outside the state. As per the current patient load and the rising trend of the infection, it is expected that the consumption level in West Bengal will radically rise to roughly 450 MT per day in the next couple of weeks.

Accusing the Centre of being negligent and responsible for the rise in Covid cases in the country, the Chief Minister said, “This is a failure of the Central government. It has not only ignored the WHO warning, but has also been lackadaisical in taking steps against the rise of the disease in the country.

“Instead, it has put in all their efforts to conquer Bengal. Small and big BJP leaders have been in this state for months and we don’t know whether they have Covid. They are risking the lives of the people of this state.”

Banerjee also claimed that she was not invited to the meeting held by the Prime Minister on Friday with the CMs of the highh burden states to discuss the Covid situation.

“They had invited the Chief Ministers of 10 states where Covid cases are high. But I was not invited. Had I been invited, I would have participated in the meeting,” she said.

Taking a dig at the Election Commission for taking decisions in favour of the BJP in poll-bound Bengal, Banerjee said, “I cannot do any big rallies and meetings because of the EC directive which came after 10 pm on Thursday.

“The Prime Minister was supposed to do a rally in Kolkata and after he cancelled it, the EC issued the directive. We have been continuously telling the poll panel to integrate the last three phases of elections, but it will not do it. It is working on BJP’s behalf.”

Top 5 Places to Visit in Bathinda