Mamata to meet Governor, stake claim to form govt: A day after her partys landslide victory in the Assembly elections, Trinamool Congress supremo Mamata Banerjee appealed to the people of West Bengal to maintain peace and harmony and stand beside the people during the ongoing Covid crisis. 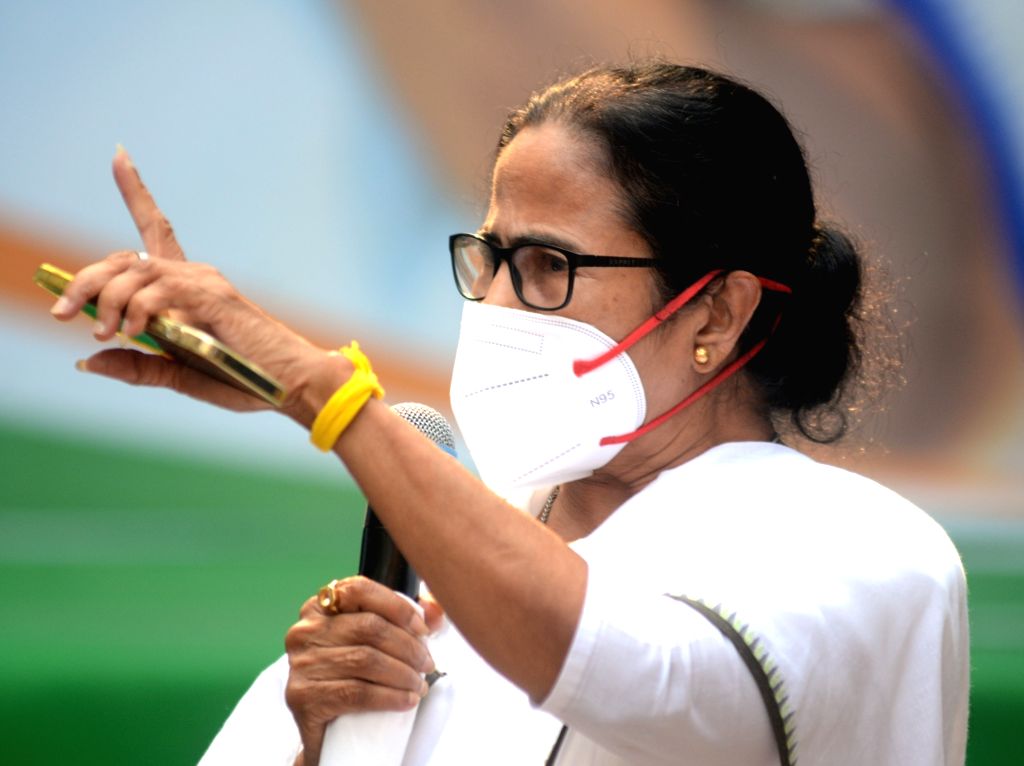 Banerjee also said that she would meet Governor Jagdeep Dhankhar on Monday evening to stake claim to form the government in the state.

“I am going to the party legislature meeting now where the decisions regarding oath taking, date of the first Assembly and the decisions regarding the formation of the ministry will be taken. I wanted to meet the Governor at 7 pm and he has consented. I shall go to the Raj Bhavan and fulfil the required formalities,” Banerjee told the media at her residence in Kalighat on Monday.

Clad in her trademark white saree and chappal, the Chief Minister said, “I want to appeal to all the people of Bengal to stay in a peaceful manner. Bengal is a place of harmony, peace and culture and we should not forget that. I know that the BJP and the central forces have tortured us a lot, but this is the time when we should stand beside the people and help them out of the grim Covid situation.”

Mentioning that all the national leaders, including Uddhav Thackeray, Arvind Kejriwal, Bhupinder Singh Hooda , Naveen Patnaik, Akhilesh Yadav and Amarinder Singh, called her to congratulate her on the electoral success, Banerjee said, “There is a lot of time to think on this. This is a time when we should fight Covid and I am only focused on that. The Prime Minister didn’t call me. That doesn’t matter though. He might be busy, but he had called me before.”

“At the same time, I would like to remind the BJP that what it is doing is not correct. One of the supporters has been killed in East Burdwan. They are torturing our supporters in Cooch Behar,” she said, adding, “I also want to tell the police that some of them have worked in favour of the BJP. But this is the time when we should work together to save people from Covid.”

When asked whether she would move the court on recounting in Nandigram, a visibly furious Banerjee read out an SMS sent to her where she claimed that the RO of Nandigram wrote that if he ordered for recounting, then he would be murdered and his family will be ruined.

“I shall not say who sent me this, but if this is the situation then democracy is under threat. The Election Commission declares someone winner and then it is reversed. The server was down for four hours,” she said.

Fuming over the EC for its alleged partisan attitude, Banerjee said, “What the Election Commission has done cannot be supported. BJP’s seats would have been less than 50 but because of the Commission’s contribution, it reached this figure (77). There were two observers who were BJP supporters and it was because of them that there was no recounting.”

“It was our demand that all the EVMs, VVPATs and postal ballots should be kept in safe custody else they would be tampered. Our supporters are sitting on a dharna in Nandigram and unless our demand is met, it will continue. We want an assurance from the Commission in writing,” she said.