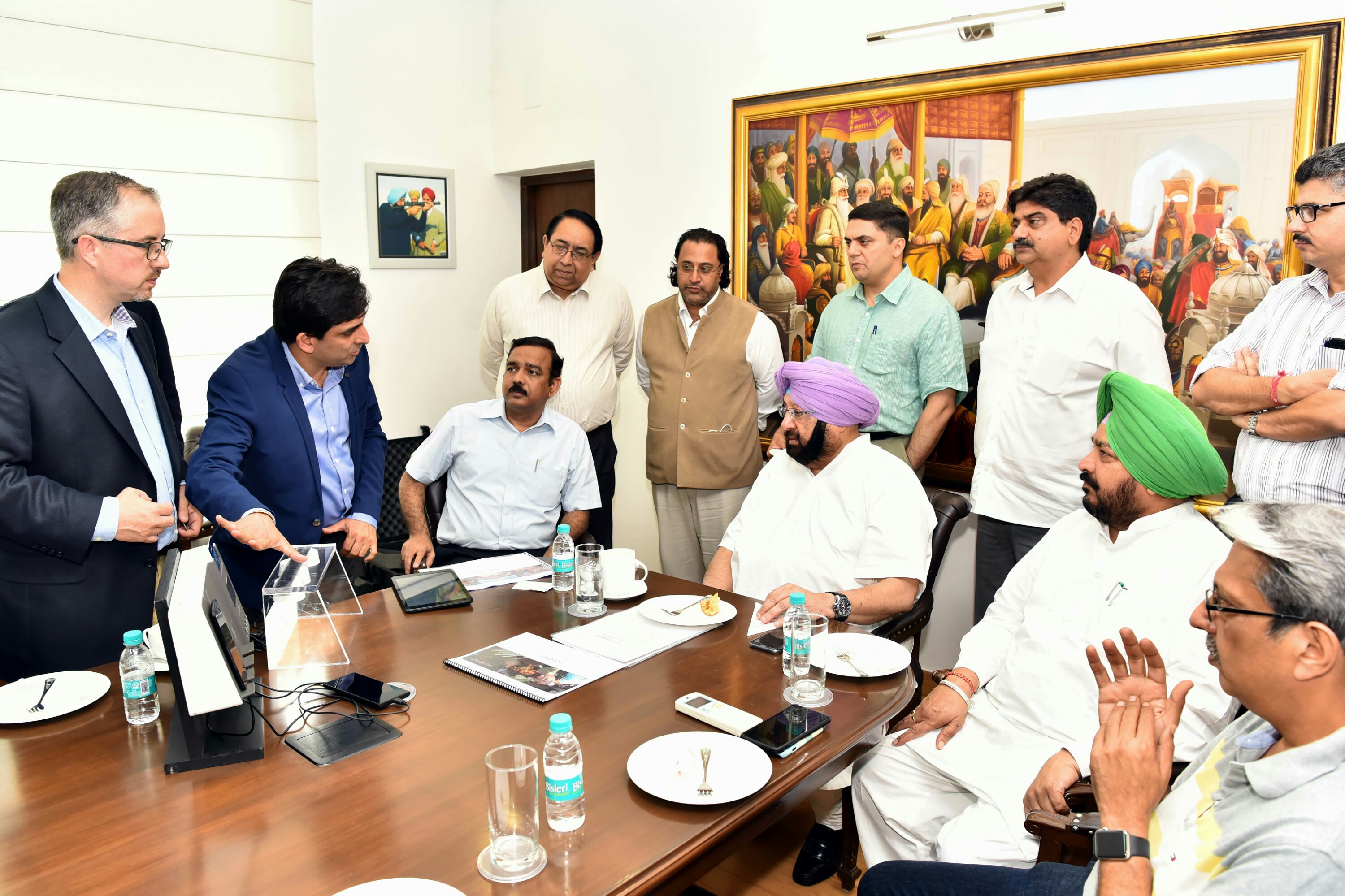 Delegation of Microsoft and Veriown Global Holdings met Punjab Chief Minister Captain Amarinder Singh to discuss a proposal to launch a pilot project in the state for the promotion of the gadget, to be linked through a tablet, to be provided by the companies for offering services across various sectors, including education and agriculture.

Chief Minister directed Punjab Energy Development Agency (PEDA) to constitute a group with the two companies to explore the feasibility and utility of such gadgets in the state.

Condon said his company had achieved the enviable position of being No.1 installer of solar home systems, with over 1 lac such systems and 80,000 solar street lights already installed across India. The Group is poised to install over 20 lac solar home systems by the end of 2020, he added.

Captain Amarinder Singh asked the CEO, PEDA to coordinate with Veriown and Microsoft for launching a pilot project, especially in the poor habitations in which majority of households possess single bulb connection. The Chief Minister also asked his Principal Secretary to explore the possibility of taking Veriown’s technical support and cooperation in further developing Punjab’s core sectors of health, education and agriculture on scientific lines. It was also proposed in the meeting that Mandi Board could also purchase the solar lights for their vendors in Apni Mandis across the state.

Impact of Kate Spade’s Death on the Asian Designers