NewZNew (Chandigarh) : In its commitment to make computing in Hindi and other local languages more accessible for users, Microsoft today showcased an array of technology innovations across its products and service portfolio. At an event in Chandigarh, Microsoft showcased the integration of Hindi and Punjabi on Office 365, Sway, Skype IM translator, Bing and Windows Phone that is available at no extra cost for consumers. The products and services portfolio showcased today has made Hindi and Punjabi Language computing more intuitive and discoverable for users, enabling them to be more productive. 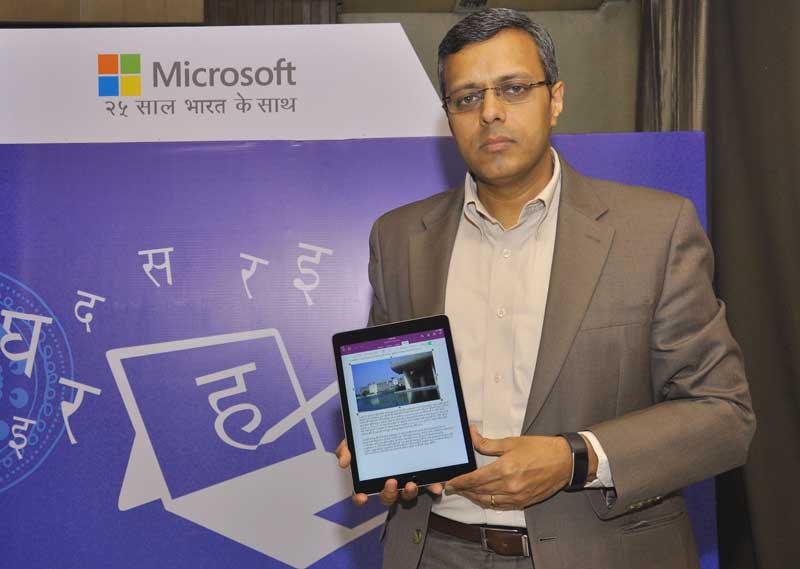 In this information-driven world, for millions of people, linguistic divide continues to be a barrier for the effective use of technology. India being one of the world’s largest digital economies has a high level of linguistic diversity with 22 major languages, written in 13 different scripts, with over 720 dialects. The proliferation of the affordable devices and increasing mobile internet penetration is opening up newer opportunities to support local languages through technology, especially for those who still remain untouched by the digital revolution. The number of local- language Internet users in India is growing at 47% year-on-year and has touched 127 million in June 20151. The numbers clearly highlight an opportunity for both, the Central government and Chandigarh authorities that are on a mission of digital inclusion. 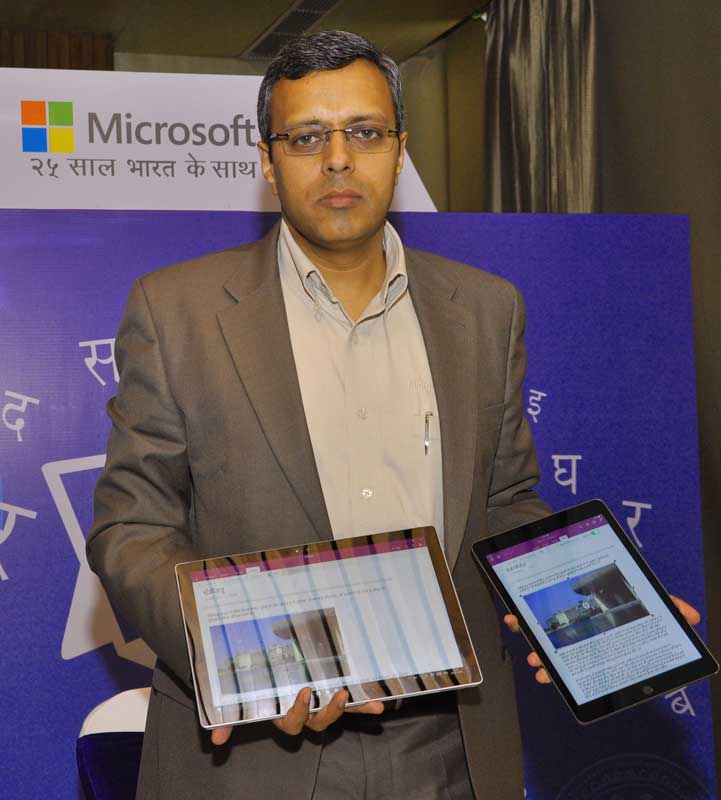 Microsoft has been dedicated to this cause for over 15 years and is the pioneer in providing native Unicode support for Hindi since the year 2000. The company also showcased key innovations that have helped create economic opportunities, build IT skills, enhance education outcomes, and sustain our local language and culture.

Also Read :   Punjab To Provide Medicines For Treatment of Hepatitis B & C On Subsideised Rates - Jayani

Speaking on the occasion, Alok Lall – Director, Office Marketing said, “In our commitment to empower users to achieve more, we are delighted to announce a suite of Hindi and Punjabi compatible products and services that users can use at no extra cost. We continue to enhance capabilities, making it easy for users across geographies to use our products and services without facing the language barrier.”

He further said, “We have been a partner to India’s developing technology landscape for the last 25 years and continue to invest in the same. With Project Bhasha, we are accelerating Hindi language computing in India wherein, Microsoft is primarily focusing its efforts in three key areas: Product localization, Government collaboration, Academia & Developer Integration through a common platform www.bhashaindia.com. We further fortified these efforts by launching cloud services from India data centers, making Hindi language computing on the local cloud a reality.”

Office 2016
The new Office allows users across geographies and on various platforms to easily create and consume content in their native language. The Office 2016 apps are available in Hindi and 13other Indian languages and can run on Windows 7 or later. Office apps are available in Hindi across Windows, Android and iOS for consumer and commercial audiences to assist interactions without barriers.

Sway
Sway is an app for expressing new ideas, stories, reports and presentations in local languages with the help of multimedia content. The app suggests searches in local languages to help users find relevant images, videos, tweets and other content that can be used in the creation without worrying about design and layout.

Publisher
Publisher helps easily create, personalize and share a wide range of professional-quality publications which include newsletters, brochures, books in Hindi and 13 other local languages.

Making Hindi usage more intuitive
Microsoft ensures that users interact with the devices and services of their choice, in Hindi in an intuitive manner, eliminating the need to learn complex tools to experience Hindi language computing

Skype Translator on IM
Skype has provided endless possibilities for people around the world to communicate over the years. Skype Translator messenger breaks down language by instantly translating conversation in IM from English to Hindi.

Enables easy discoverability of content in Hindi
With a range of products and services by Microsoft, users especially while using the internet, can easily find content in their local language.

Hindi language support on Windows Phone
With the launch of Windows 10 Mobile, we have built new phonetic keyboards for Hindi and nine other Indian languages that allow users to type on a familiar Devanagari, Hinglish, Inscript and phonetic keyboard layout where the IME converts what they type into their native script. This helps users perform everyday tasks like email, text, social networking, search on their phone in Hindi.

All the services mentioned above are also available in Punjabi

Social takes Devotees ‘Through the Nine Nights’ with a Special Menu

Baba Moti Ram Mehra Memorial to be set up soon at...