‘Missing’ posters of Sidhu surface in Amritsar: With former Punjab Cabinet minister Navjot Singh Sidhu putting up more at his ancestral house in Patiala of late, posters saying “Sidhu is missing” from his Assembly constituency in Amritsar (East) surfaced on Wednesday, promising Rs 50,000 reward for anyone who ‘finds’ the MLA. 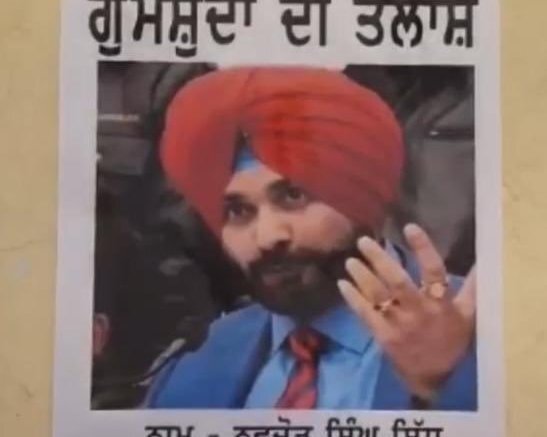 State Congress leaders told IANS that for the past three-four months, Sidhu and his wife Navjot Kaur have been staying at the former’s ancestral house in Patiala, the home constituency of Chief Minister Amarinder Singh.

Their daughter is reportedly staying alone in the Amritsar residence.

The residents of the Joda Phatak area in Sidhu’s constituency, who lost their family members when a speeding train crushed them as they were watching Dusshera celebrations in 2018, are upset as the Congress leader, then a Cabinet minister, and his wife Navjot Kaur had promised to provide jobs to the eligible family members of those killed in the accident.

The railways had said that it was not responsible for the tragedy.