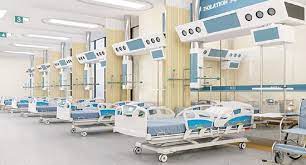 On the occasion, a memorandum of understanding (MoU) was also signed, in the Chief Minister’s presence, for setting up two oxygen plants in the district, for which 20 industries have donated Rs 1.2 crore.

The two plants will become functional at CMC Ludhiana and Krishna Charitable Hospital within six-eight weeks, according to CII past president Rahul Ahuja, who signed the MoU on behalf of the industry with the two hospitals.

Under the agreement, 20 per cent of oxygen treatment will be subsidized for poor patients.

Terming the collaborative initiatives of the state’s industry and the civil society, as well as the police, as wonderful gestures, the Chief Minister said the pandemic was a major challenge and the state had to be prepared for the worst.

Though nobody knows yet if there will be a third wave in India, Punjab was making all efforts to gear up for another possible surge, which could affect the children more, he added.

Also Read :   The Vogue Wedding Show Is Back For Its 6th Edition From August 3-5

Amarinder Singh urged the industry to motivate their employees to get vaccinated for their own protection and that of all Punjabis.

Lauding the industry’s stellar role in supporting the state government’s fight against the pandemic, the Chief Minister said the industry in Punjab had always been at the helm of extending a helping hand in every crisis.

Vardhman and Oswal industries had helped with oxygen supplies when cases were at the peak at around 9,500 plus a day, he recalled.

Though the cases had declined to 2,184 as of June 1, it was not possible to ascertain how long the crisis will continue, he said, asserting, however, that Punjab will win and come out of this.