NewZNew (Pune) : Mitsubishi Electric India pledged its support for Vanamahotsava 2016-17 with its employees taking up a tree plantation drive in Pune today. The company joined hands with Pimpri Chinchwad Municipal Corporation (PCMC) and planted over 200 trees at Kasarwadi Mahilla Sudhikarana Kendra.  The tree plantation initiative is in line with Mitsubishi Electric’s global campaign “Eco Changes for a Greener Tomorrow” 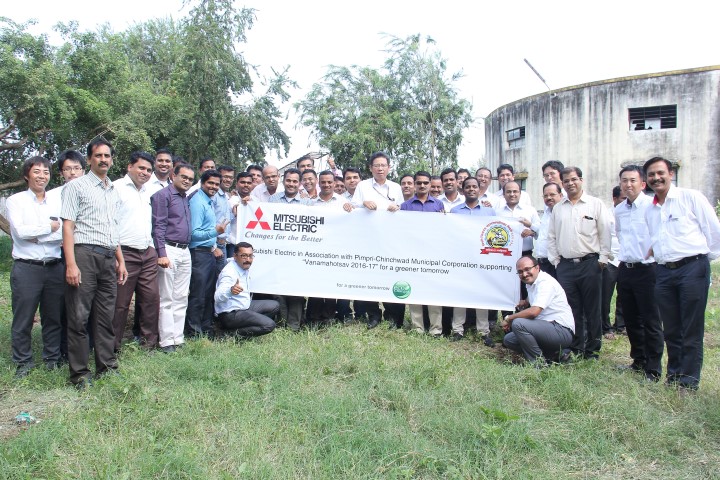 Speaking about the initiative, Makoto Yokoyama, Director and Division Manager, Factory Automation and Industrial Division, Mitsubishi Electric India said, “It is endearing to see employees actively participating in this initiative. If every individual plants at least one tree, it will be a major step towards protecting our environment. We are more than happy in doing our bit and would like to thank the PCMC staff for this opportunity and their support.”

Also Read :   DishTV sets the stage for a laugh riot

The tree plantation programme is an extension of Mitsubishi Electric’s philanthropic activity which is in line with the company’s aim to be a global leading green company, making lasting contributions to every society in which it operates including India.