Mona Townships Pvt Ltd (MTPL), one of the leading real estate developers in Northern India, has won the prestigious Golden Brick Real Estate Award as the “Developer of the Year Award 2018” in the regional category. 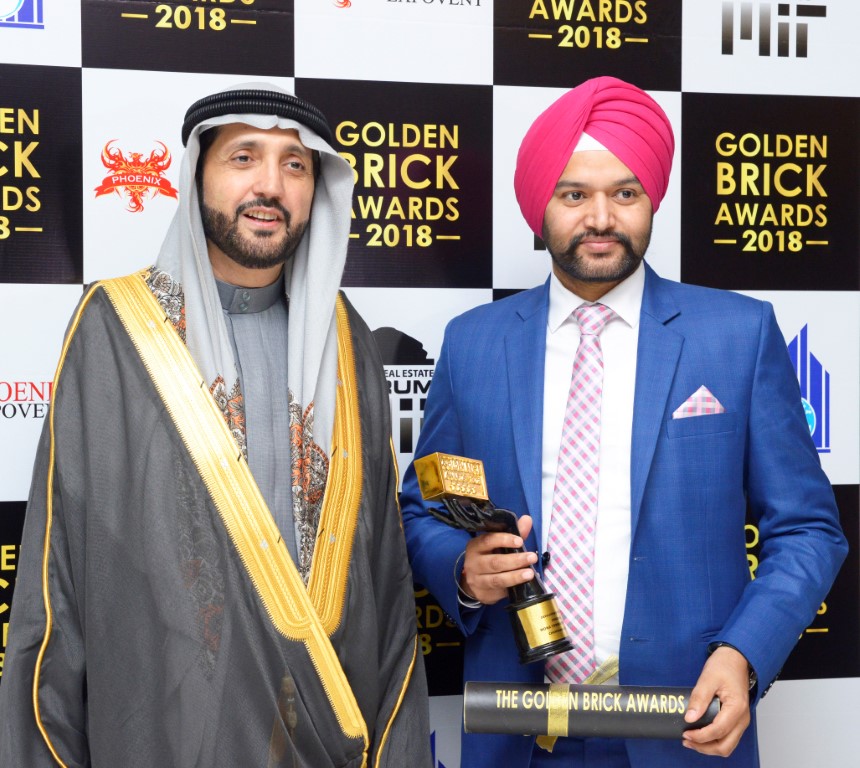 Mr. Suhail Mohammad Al Zarooni Chairman, Al zarooni foundation and suhail al zarooni group of companies presented the award to Mr. Maljinder Singh, GM – Sales MTPL on behalf of the company at a glittering ceremony in Dubai, which was widely attended by the who’s who of the real estate industry.

The internationally acclaimed Golden Brick Real Estate Awards celebrate the highest level of achievement by companies operating in the real estate and infrastructure sectors. The awardees are selected by an independent jury comprising globally renowned professionals from the industry.

Terming the Golden Brick Developer of the Year Award for 2018 as a recognition of the standards of excellence set by MTPL, Mr Setia said, “The sixth award won by us in a span of just three years, this Golden Brick Award means a lot to us. It will motivate us to raise the bar and create more world-class projects.

Also Read :   Pilgrim Special Train to be flaged off by Harsimrat Badal from Chandigarh

On behalf of the entire MTPL family, I humbly thank the organisers for acknowledging our achievements. We, at MTPL, constantly strive to raise the bar of excellence in all our endeavours, which reflects in the trust and appreciation we have earned from our valued customers over the years.”

Instituted by the Worldwide Federation for International Real Estate Investors, a non-profit entity promoting cordial relations between global real estate developers and worldwide investors, in association with strategic communication consultancy Phoenix Duo Matrix, the Golden Brick Awards are an acknowledgement of the exemplary contributions of Indian builders, developers and professionals to the country’s real estate industry. More than 300 top real estate brands from all over India had filed nominations for the awards in four categories this year.

The boys Juggy D & Amit Rai are back in town...