Monica, O My Darling Review, and Will there be Part 2?: Vasan Bala has directed the Indian Hindi language neo-noir crime comedy thriller movie named ‘Monica, O My Darling’. This Indian film is based on the 1989 novel of Japanese author Keigo Higashino- ‘Burutasu No Shinzou’. 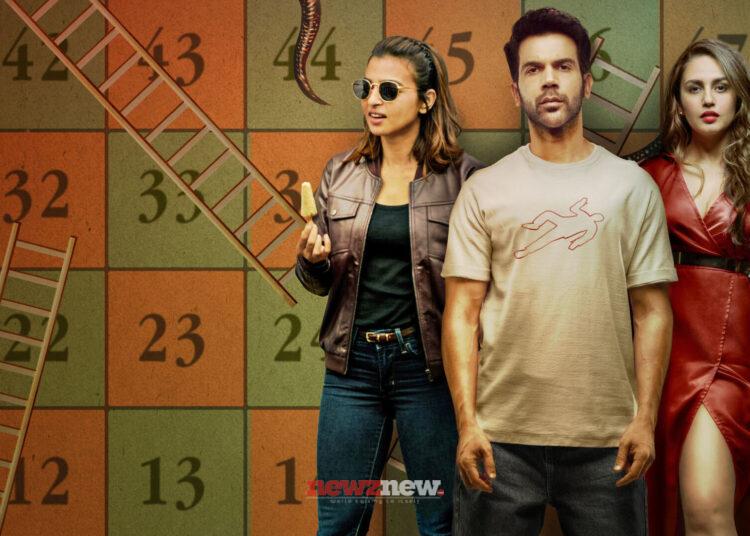 The title of the film is taken from the famous song ‘Piya Tu Ab To Aja’ of the 1971 Indian thriller movie ‘Caravan’. Production of the movie began in July 2021. The movie stars Rajkummar Rao, Radhika Apte, and Huma Qureshi in the leading roles.

The premise of ‘Monica, O My Darling’:

The plot of the movie Monica, O My Darling centers upon a young man who is determined to pull off a perfect murder. His name is Jayant Arkhedkar or Jay aka Johnny. He is engaged to the daughter of the CEO of the company in which Jayant is on the board of directors.

After Monica Machado, the secretary of the company becomes pregnant with his child and begins to blackmail him, he decides to kill her. And for this, he tries to have some unlikely allies and conducts a diabolical plan.

The character of Jayant Arkhedkar aka Johnny is played by critically acclaimed Indian actor Rajkummar Rao. Rao has been active in their film career since the year of 2010 and he has acted in more than thirty movies till the present day.

Rao was also cast as Netaji Subhas Chandra Bose in the Indian historical miniseries ‘Bose: Dead/Alive’ in 2017. He is also set to star in an upcoming  Netflix comedy crime thriller series ‘Gubs & Gulaabs’.

Indian actress model Huma Qureshi has been cast as Monica Machado in the movie. Qureshi co-starred with Rao in the 2012 dark comedy gangster movie ‘Gangs of Wasseypur- Part 2’. She also starred in the prequel part.

Qureshi played the lead role of Shalini in the Hindi language dystopian web series ‘Leila’ in 2019. In 2021 she was cast as Rani Bharti in Subhash Kapoor’s tv series ‘Maharani’.

ACP Vijayashanti Naidu is starred by Indian actress Radhika Apte in the movie. She has starred in a number of Indian films in a variety of languages. Her film credits include ‘Antaheen’, ‘The Waiting Room’, ‘Rakta Charitra 2’, ‘I Am, ‘Shor in the City, ‘Rupkatha Noy’, ‘Pendulum’, ‘Badlapur’, ‘Hunterrr’, ‘Manjhi- The Mountain Man, ‘Kaun Kitne Paani Mein’, ‘X: Past Is Present, ‘Parched’, ‘Phobia’, ‘Madly’, ‘Pad Man’, ‘Lust Stories’, ‘Andhadhun’, ‘Baazaar’, ‘Bombairiya’, ‘The Wedding Guest’, ‘The Ashram’, ‘A Call to Spy’, ‘Raat Akeli Hai’, ‘Forensic’, ‘Vikram Vedha’, etc.

Apte was cast in the role of Rekha in the Hindi language short film ‘That Day After Everyday’ in 2013. In the Bengali mystery thriller short film ‘Ahalya’ she played the titular character in 2015.

Next year she was cast as Dr. Kalpana in another Hindi short film ‘Kriti’. Apte was also cast in the role of Binodini 2015 Hindi tv series ‘Stories by Rabindranath Tagore’. As Anjali Mathur, she starred in Netflix’s renowned neo-noir crime thriller ‘Sacred Games in 2018.

The same year she also played Nida Rahim in the horror tv miniseries ‘Ghoul’ which is the second Netflix original of India after ‘Sacred Games. And in 2021 Apte played Laxmi Suri in the absurdist philosophical sci-fi comedy series of Disney+ Hotstar from India- ‘OK Computer.

Also Read :   Gurmeet Choudhary Gets Emotional At The Trailer Launch Of PALTAN!

The role of Nikki Adhikari is played by Indian actress Akansha Ranjan Kapoor in the movie. She played Tanu Kumar in the 2020 Hindi language thriller movie ‘Guilty’. She starred in the web series ‘Ray’ as Anuya in 2021.

iPhone 6s is the most desired gift in India – A...