MPBSE 10th supplementary result 2017 will be declared today as per reports. Madhya Pradesh Board of Secondary Education (MPBSE) will publish the 10th result of supplementary exams held in July at it’s website www.mpbse.nic.in. The time is not confirmed, we’ll update here once there is any development. 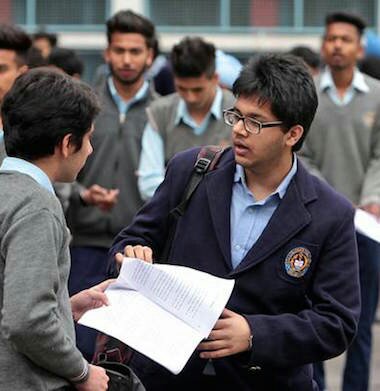 MP 10th result of supplementary exams 2017 can be expected to be published online on August 8. There really is no fixed date as to when the board; MPBSE will declare the supplementary result for 10th class students as the board didn’t provide any prior notice about 12th supplementary result too. Students may keep visiting the official website www.mpbse.nic.in to check for updates regarding their MP Board 10th result 2017 of supplementary examinations. While in 2016, the 12th class supply results were declared before that of 10th class supply results, this time it’s other way around as 12th supply result are out but 10th supply results are yet to be. Earlier a report by OneIndia had stated that the board is preparing to declare results by August 8 but had not provided the exact date and time.

The results of annual board exams for classes 10th and 12th declared on 12th May. The overall passing percentage recorded in 12th results was 67.87 percent while the same in class 10 results was at 49.86 percent. A total of 7.11 lakh students had appeared for board’s 12th class exams and 11.07 lakh had sat for 10th class exams. As it turned out, more than half of the students had failed in class 10 board exams this year. It was because of that the supplementary exams witnessed huge number of applications this year.

Students who had appeared for 12th class supplementary exams, can check their results from MPBSE website. The 10th supplementary result has not been published yet, once it is, we’ll update.