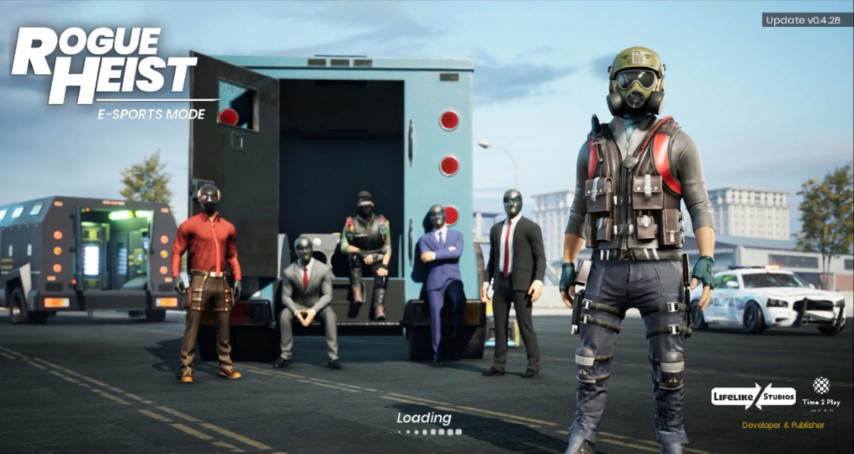 Rogue Heist is developed by Lifelike Studios and backed by Bollywood Actor and Producer Arbaaz Khan and Time2play Gaming Studios.

Rogue Heist is one of the first multi-player Esports on the MPL platform and will see users face off against each other, with cash prizes for grabs for each battle and tournament. MPL currently has over 40 games on its platform.

The idea behind Rogue Heist is to create a unique experience of a heist, which is intense, engaging, and fun in a truly competitive real-time multi-player environment.

The game mode on MPL is Rogue Heist- BRAWL – a super fast, action-packed Esport mode. Each game lasts only seven minutes in which 10 players are pitted against each other to steal the maximum amount of money. Here, the players get the real feel of a heist, yet come out top gainers based on their individual performance. Based on the leaderboard, top players will win cash prizes on MPL, making it a virtual cash heist with real money for takes.

Commenting on the launch, Shubh Malhotra, Co-Founder, Mobile Premier League, said, “Rogue Heist is a very exciting and engaging game and we are glad that it is launching exclusively on MPL, even before the Google Play Store. The graphics, gameplay, and the overall experience is top notch and our users are going to have the time of their lives, participating in a virtual cash heist. Lifelike Studios has done a great job optimising the game for our platform and we look forward to working with them to take Esports to all corners of the country.”

“MPL has been our first choice for collaboration from the beginning. With the opportunity of exclusively launching on MPL (for real money awards), I am happy that we overcame many challenges by deep collaboration between both our teams. The biggest challenge was to reduce the size of the game from 1.5 GB to 450 MB for MPL users while still being able to provide the true Rogue Heist experience. As this is a live game, we plan on providing constant updates to keep MPL users engaged,” said Ashish Beuria, CEO, Lifelike Studios. 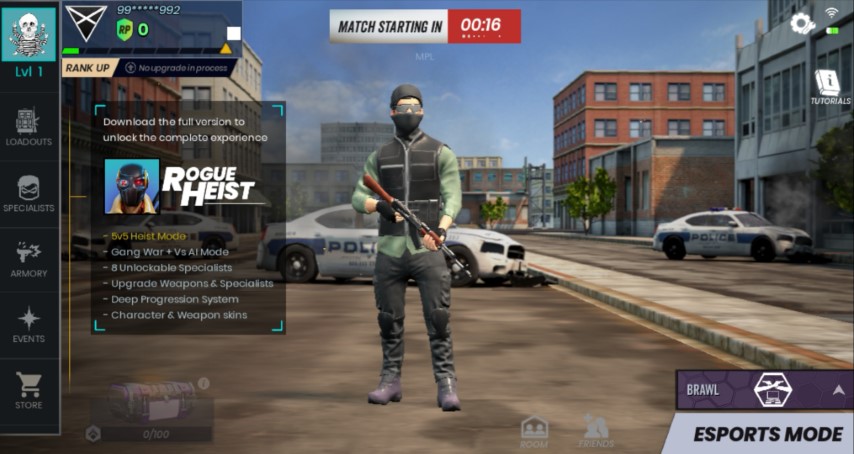 “Rogue Heist will be a game changer, which is made in India. Our team is really excited and happy to launch the Esports version of Rogue Heist on MPL, as it gives us the opportunity to engage with their massive playerbase and geographical reach all over India and Indonesia, while at the same time providing an exciting, edge-of-the-seat shooting game experience to MPL players,” said Bollywood Actor and Producer Arbaaz Khan.

Also Read :   WOMEN HAVE NO PROTECTION UNDER THE STATE OF HUDA GOVERNANCE

Founded in 2018, MPL is India’s largest Mobile Gaming and Esports platform. It has grown to over 40 million registered users and currently has over 40 games, including titles like FreeFire and World Cricket Championship. MPL also has multiple gaming studios and developers as partners to publish their games on its platform. MPL’s app is available on both Android and iOS.