Mr. Moshy- India’s animated PM candidate promotes happiness in politics: Moshy Movement is an effort to educate Indians about citizenship, politics and development. The movement uses an innovative model of communication unique in the entire world. 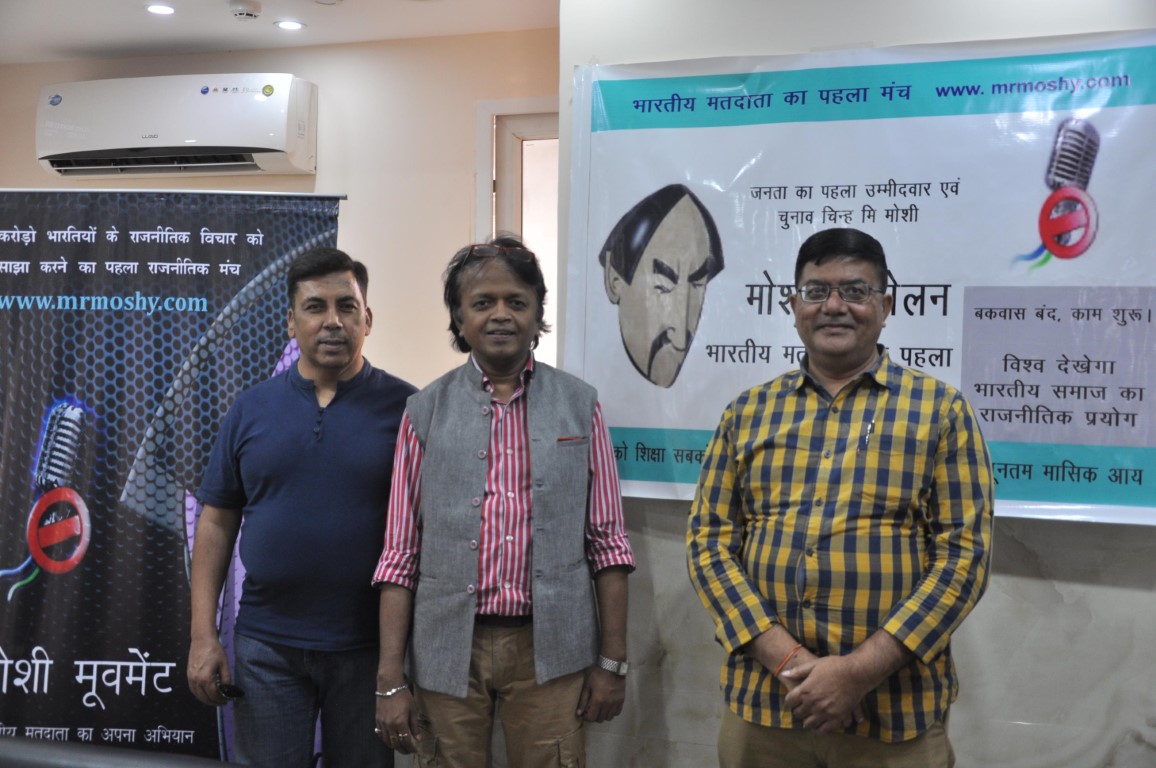 The Moshy Movement team which included Sanjay Sharma, Ashish Mann-the creator of the character and  Rajesh Gupta, a founding member of the Moshy movement, was in Chandigarh to unveil greater details of the one-of-a-kind socio political character Mr. Moshy and the idea behind it.

For Moshy Mission, happiness means “Justice within one year both in courts and government; equal and almost free education to both a child of the President of India and that of a rickshaw puller, a happiness allowance for each Indian (with some conditions) and free and equal health care to all citizens.” Adds Sanjay Sharma.

The Moshy Movement team will visit Congress president Rahul Gandhi’s constituency Amethi and Prime Minister Narendra Modi’s constituency Varanasi to propagate happiness as a political agenda. The campaign is running through digital tools already. It is noteworthy that digital PM Mr. Moshy’s campaign was launched from Kumbh in Allahabad in February this year.

“The movement is planning online games to teach the people citizenship and politics. A portal www.mrmoshy.com has come up to run the digital campaign,” Mr Ashish Mann, the creative head of the movement said.

Mann, a creativity and management professional of 25 years, has been working on this character since 2014 consulting psychologists. Team Moshy has already held meetings at Delhi, Allahabad, Lucknow, Mathura and Bharatpur to spread the message across.

The team also brought in front of media the shocking fact of Facebook sending them a notice to close down one of its pages. “We have asked Facebook management to cite an example where we have not met community standards. If it is an automated response, can artificial intelligence be so unintelligent that it considers a movement for happiness as something spreading undesirable content ,” said the Moshy Movement president Sanjay Sharma.

“Under the movement we plan to create 800 leaders across the country and again bring back the culture of innovation and creativity in society, as these have taken a back seat. The campaign is not meant for just the 2019 elections, in fact, Mr Moshy will be a permanent movement which will not just be limited to India but will transcend borders as well,” Sums up Rajesh Gupta.

Ruchi Soya in the Top 250 Global Consumer Companies list by...