Social worker’s online campaign gives new lease of life to two underprivileged boys: Where there is a will, there is a way. This is the saying which keeps well known social worker Sonu Sethi doing things which many people may shy away from. 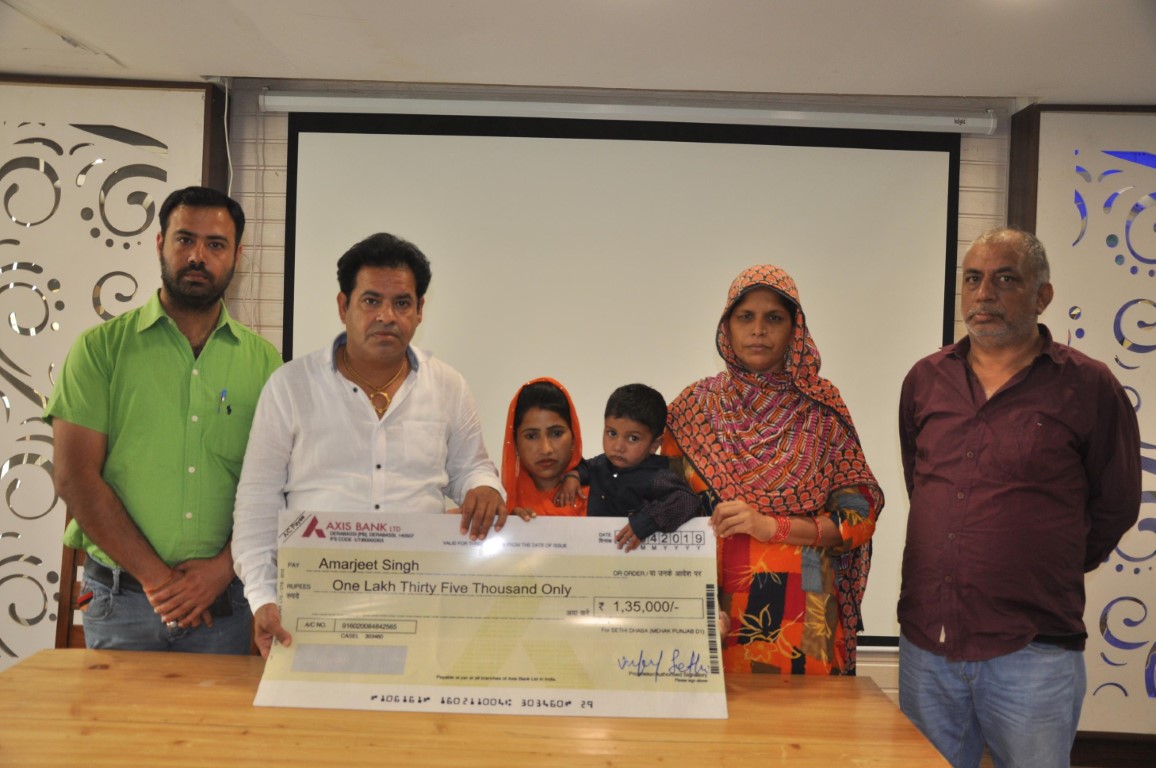 Sethi has proved that social media has become an important tool to share information and be used for saving the lives of many needy persons in society.

Fifteen- year-old Pawan, son of Baljeet Singh, a resident of Alikan (Sirsa, Haryana) had a debilitating skin disease and reached PGI struggling for his life. His poor parents did not have Rs 2.5 lakhs for his treatment. Sethi came to know of this and immediately put a video on social media asking for donations.

The video was uploaded on April 18 and soon after a large number of people saw this video and many of them donated money for the boy’s treatment. Sethi succeeded in collecting Rs Four Lakhs for Pawan’s treatment. Pawan a meritorious student is currently undergoing treatment at PGI with the help of the finds collected through Sethi’s social media campaign.

In the meanwhile Sethi was informed about another boy – Navjot, son of Amarjit Singh ,  who is just 3 years old and was in need of Rs 1.35 lakh for a heart surgery. Without wasting time, Sethi spoke to the parents of Pawan to donate the extra funds collected for the noble cause for Navjot’s heart surgery.

In an event which was held at Press club here, parents of Pawan gave a cheque of Rs 1.35 lakh to parents of Navjot. An example of humanitarian kindness was displayed by the parents of Pawan and it was an emotional moment.

It is noteworthy that Sethi has been at the forefront in helping people in distress and is also working hard on safeguarding the environment through an environment van which he has created.

“I call upon people to come forward and help members of society who are in need in whatever way they can. Social media should be used for this purpose and not to waste time posting things which at times are useless and of no worth to growth of society.” Said Sonu Sethi.