newznew (Chandigarh) : After a long period of 6 years, Delhi-based singer MRB is all set to recreate his singing magic with his upcoming track ‘Peen De’. The song is his fourth track and his last song ‘Munda Marda Phire’ was a huge hit among the listeners with 50 lakh views on You Tube. 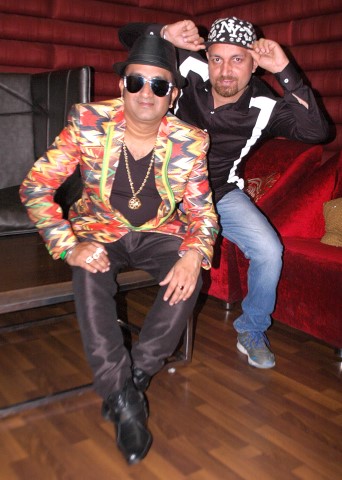 From quite a long while, MRB was looking to compose and sing an urban track for the youngsters. And with ‘Peen De’, he says that he is delivering a fresh party anthem to his listeners. Earlier, the song was sung by some other singer, but somehow MRB felt that it will be more appropriate to sing it himself. The song’s music has been composed in Punjabi style whereas the lyrics are in Hindi and Haryanavi. According to MRB, today’s youth enjoys
vibrant songs and that’s what he aims to deliver with this particular track.

“I am 45, and even at this age I feel like singing something fresh and different for the youngsters. However, till now I have only sung Sufi and romantic songs and singing an urban track has happened for the first time. So, ‘Peen De’ is absolutely for the youngsters out there,” said MRB. The song has been produced by Malwa Records and its trailer is available on You Tube. His father is his master.

MRB said that he grew up in a musical environment at his home as his father and grandfather both were into singing. Also, he said that his grandfather was a renowned singer in Pakistan, but after division the family got shifted to Delhi. Nevertheless, they did not leave the music behind. After receiving the musical training from his father, MRB started his professional career with singer Daler Mehndi in 1985.

“Those years were full of struggle for both of us and together we sang in almost all small and big streets of Delhi. And then, Daler became a hit singer and left for Mumbai and I chose to stay back in Delhi and continued with music alone,” MRB recalled. MRB’s first song was launched in 1999 and was a big hit on channels like MTV and VTV. From his very first song, MRB came under the limelight.

Unfortunately, his second song was delayed because of financial backdrops which came out in 2007 and third one in 2011. However, he feels grateful that people remember him and his songs even if they are less in number. Having put all his efforts to this latest track, MRB assures that people will not be able to resist themselves from getting onto the dance floor.