newznew (Chandigarh) : The ‘Punjab half Marathon-2017’ hosted by the national level Thrill Zone Trust for the cause of road safety was flagged off by the Founder of ArriveSafe, Harman Sidhu and Founder of Thrill Zone, PC Kushwaha on Sunday from Chandigarh Club, Sector 1.

The mega event saw the participation of nearly 1500 persons of different age groups. The marathon had two categories covering the distance of 21 km and 10 km. It commenced from Chandigarh club at 6:40 am which crossed Rock Garden, Sukhna Lake, Kishangarh, and IT Park and ended at the point from where it started. The DSP Traffic Yashpal Sharma gave away the prizes to the winners. The winners were given trophies, shoes, T-shirts and certificates. 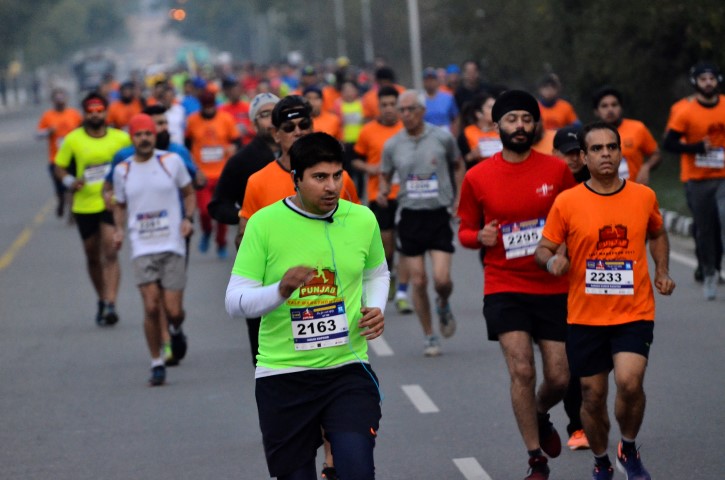 While congratulating the winners, Founder of Thrill Zone, P C Kushwaha said, “The marathon witnessed overwhelming response and the support of Chandigarh police made it successful. The next event based on the theme of women safety will be held in Patiala next month”.