NewZNew (Kakhanwali – Sri Muktsar Sahib) : Apprehending serious law and order problem in the state following the release of MSG Movie, the Punjab Chief Minister Mr. Parkash Singh Badal today said that the screening of this movie has been banned on the advisory of the Government of India (GoI). 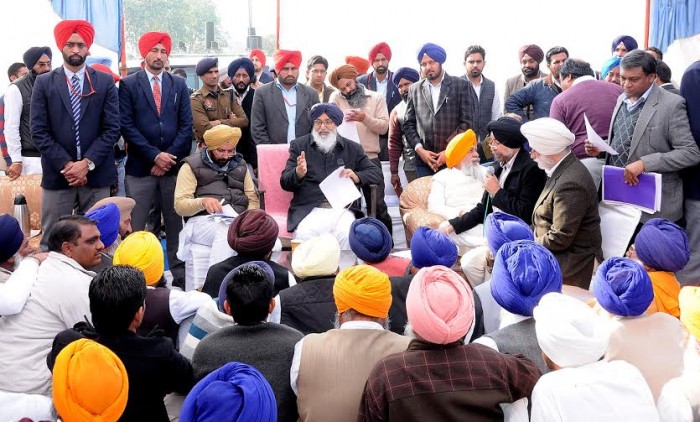 Interacting with the media persons on the sidelines of the Sangat Darshan program of Lambi assembly segment here today, the Chief Minister categorically said that the reports of intelligence agencies of both the State and Centre governments had clearly said that the release of this movie could have led to serious repercussions in terms of law and order problem in the state. Reiterating the firm commitment of the state government to maintain peace and amity, he said that it was their onerous duty to sustain the hard earned peace in Punjab at every cost. “We have received advisory from the Central government to ban this movie and thus the state government acted accordingly in the larger public interest” added Mr. Badal.

Coming down heavily on the opposition for blaming the ruling alliance for transfer of Enforcement Directorate (ED) officers from the state, the Chief Minister said that it was on record that this decision has been taken by the Union government on administrative grounds. He said that for the sake of scoring brownie points in the media, the opposition parties were flaring up this issue out of proportion.

Rubbishing the reports regarding any sort of Urea shortage in the state, the Chief Minister categorically said that the state had received far more supplies of urea as compared to the corresponding period of last year. Mr. Badal said that there was hardly any scarcity of urea in the state adding that regular monitoring was being done by the state Agriculture Department to ensure that farmers do not face any difficulty in this regard.

Also Read :   Fun and frolic day of pool party for students of KinderPiller

On another query, the Chief Minister, while expressing satisfaction over the recently concluded NRI Sangat Darshans, said that the sole aim of these Sangat Darshan was to mitigate the woes of Punjabi Diaspora settled abroad rather than drawing huge crowds. He said that Sangat Darshan had been very successful exercise as it has helped the state government to ensure prompt redressal of the public complaints.

Earlier addressing the gatherings during Sangat Darshan in village Aadniyaan, Sehna Khera, Sikhwala, Fatuhi khera, Kakhanwali, Panjawa, Khuddian Gulab Singh, Khuddian Maha Singh and Lambi, the Chief Minister vowed to eradicate the menace of water logging from the state. He said that the state government would make all out efforts to save the people from the scourge of this natural disaster. Mr. Badal exhorted the people to extend fulsome support and cooperation to the state government for this cause.

Training his guns against the Congress party, the Chief Minister said that the successive Congress governments at the centre had pursued the policy of excessive centralization of powers due to which the states have suffered a lot. He said that despite of its enormous contribution in making the country self reliant in food production, Punjab had ever remained at receiving ends during the tenure of successive Congress governments at the centre. 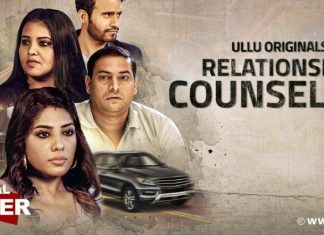 Ullu App Relationship Counsellor All Episodes Watch Online Cast And Crew: The most awaited and popular web series of the topmost OTT...