newznew (Chandigarh) : Navsankalp is a student run charitable organisation of city beautiful which is rare in the country and provides financial aid to the patients admitted in PGI or government hospitals below 17 years of age. Navsankalp is active in tricity since 2006 and has helped more than 130 lives. It has reached nearly half a crore in terms of monetary donations. Navsankalp every year organises a mega charity event-sparkles.
Sparkles is the biggest event in tricity which provides college students the opportunity to showcase their talents on a grand stage. 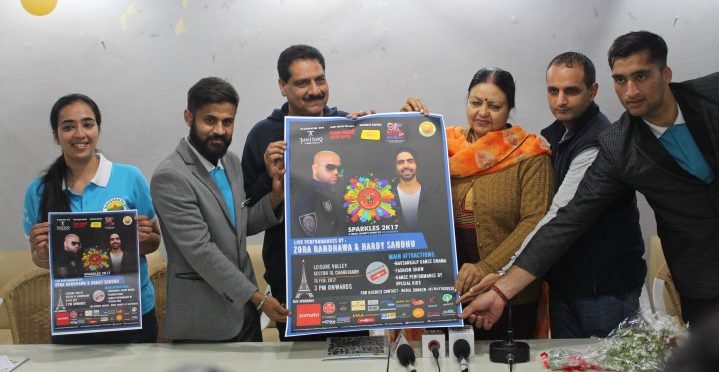 Sparkles 2K17 is being organised at Leisure Valley on 10th February 2017. The poster of the event was launched by Asha Jaswal, Mayor of Chandigarh at Press Club. While launching the poster, Mayor of the city applauded the role of students for the noble cause. The event will witness the live performances by renowned Punjabi singers Hardy Sandhu and Zora Randhawa.

The event will also accommodate the performances of esteemed singers and also undiscovered talent of special kids. The funds collected from the sale of tickets for event will be used for the purpose of donation. The organization also has a sister unit- Raktsanchar that provides fresh blood 24*7 and cater to requirements through a helpline number – 8288855994.

Navsankalp was founded by Harpriya kaur, a student of D.A.V College Chandigarh, in the year 2006. Over the years the number of members has grown from a mere 7 in the year 2006 to a handsome 350 members today.

Dengue Patients being given Free Tests, Medicines in Government Hospitals