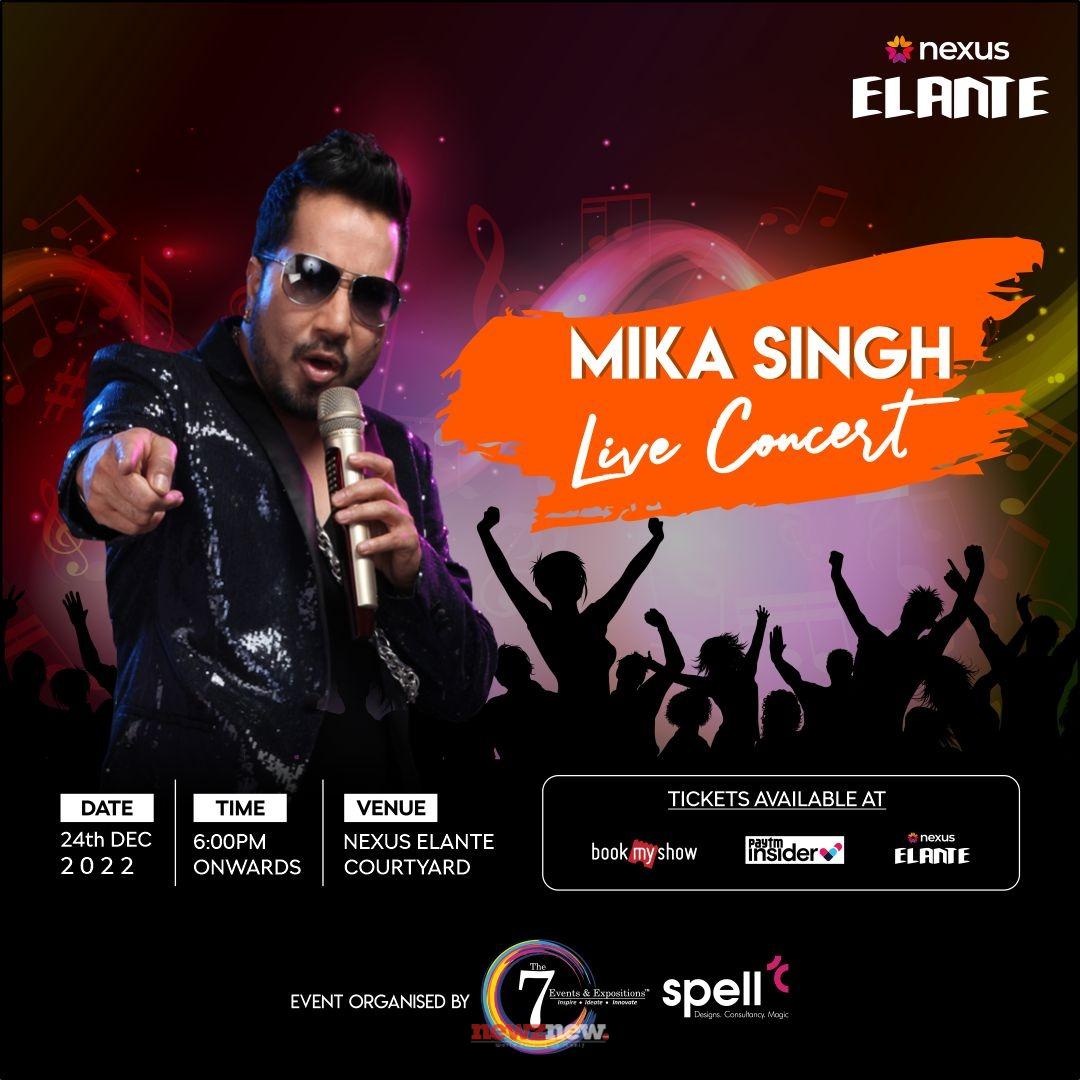 Visitors can also experience some great food there.

Known for his great music sense and unique voice, Mika Singh has given many hit songs to both Bollywood and Punjabi film industries. This list includes Desi Boys, Simmba, Ishqiya, Rowdy Rathore, Welcome Back and Jab We Met. He has sung over 250 songs till now and was recently seen in a reality show called ‘Mika Ka Swayamwar’.

You can buy tickets from bookmyshow, PAYTM Insider & from Nexus Elante. The show will be from 6 pm onwards at the Nexus Elante Courtyard.

Defence Ministry comes up with 2nd negative import list of 108...