“Cinema is the ultimate pervert art, It doesn’t give you what you desire- it tells you, how to desire. “

NewZNew (Chandigarh) : After the remarkable success of the movie Angrej, Director Simerjit Singh is back with a bang with yet another romantic-comedy movie Nikka Zaildar starring Ammy Virk and Sonam Bajwa as main star leads. 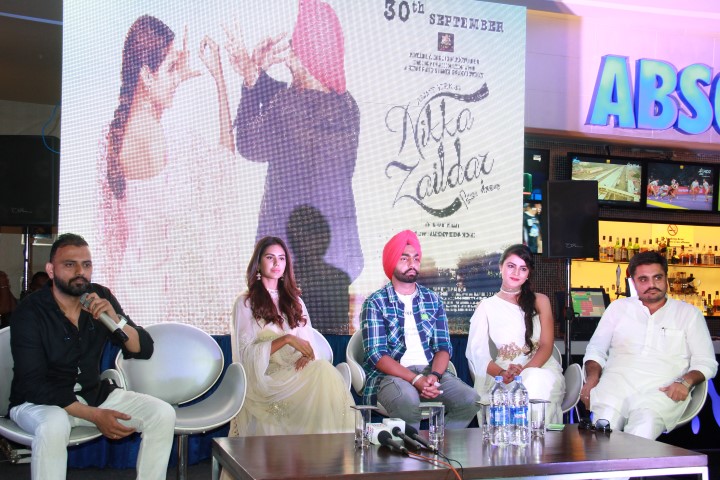 A light hearted film with a blend of family drama, has been filmed in the areas of Patiala, Nabha, Bass Pathana and Leh and now, is all set to hit the Cinemahouses on September 30th. The lyrics of the song has been pen down by Happy Raikoti and Maninder Kailey while playback singing has been done by Ammy Virk, Happy Raikoti and Prabh Gill.

Director Simerjit Singh hopes and expects for appreciation and well acceptance of this movie even more than Angrej.
Sonam Bajwa, while sharing her experience with media told “that she has been a student of Biology, who did not wanted to continue further studies. Acting happened to her coincidently. Sonam has acted in many Tamil movies and is a very renowned face in Punjabi Film Industry as well, after giving a commendable performance in movies like Punjab 1984 and Sardaarji 2.

Ammy Virk, the heartthrob personality of the Punjabi cinema is all set to showcase a new side to him in this film too. After a tremendous success of Angrej and Bambukat, Ammy has set up an extremely huge standard of performance and now, he plays a character of Nikka in his upcoming movie “Nikka Zaildar” which is all set to release on September 30th.