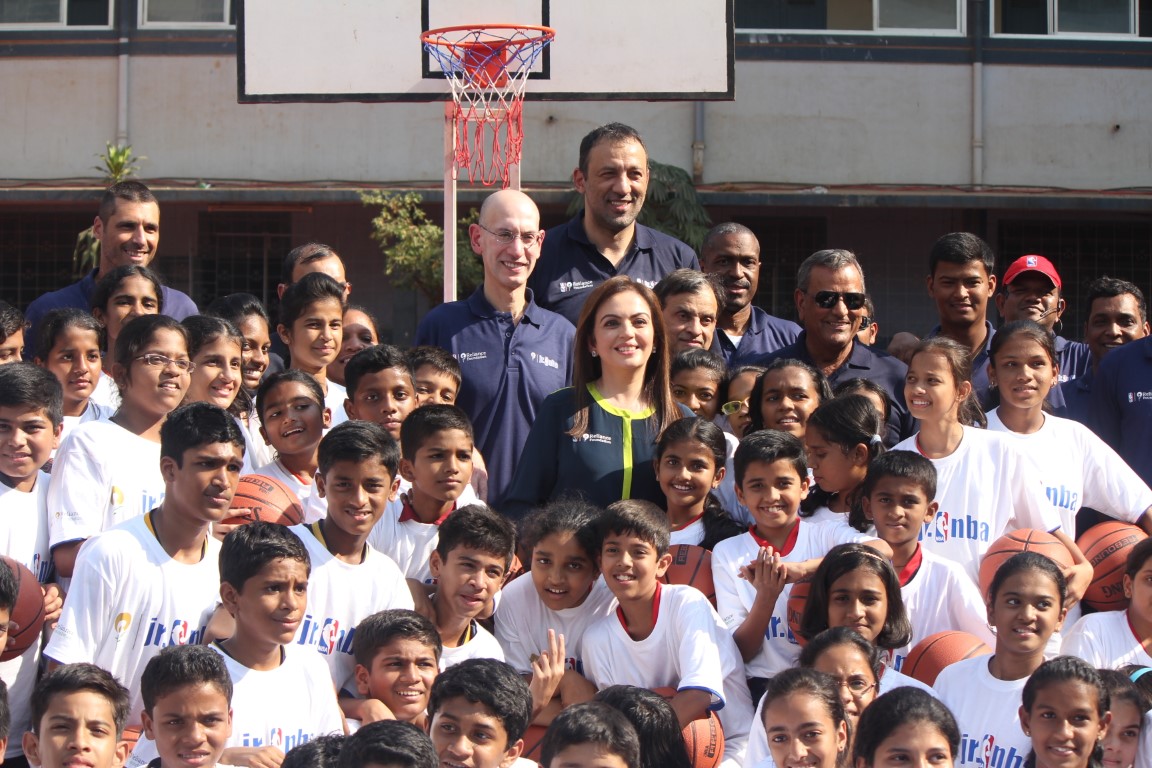 The ceremonial match ball handover is a mark of welcoming the NBA to India for their first ever NBA game in the country.

The initiative today has been recognized as the world’s largest Junior NBA program, with a reach of 11 million children from 34 cities in 20 states, inspiring the youth to adopt healthy, active lifestyle by integrating basketball into physical education.

As part of the celebration, Reliance Foundation have invited stadium full of children from its Junior NBA program to get the rare opportunity to watch the first ever NBA game live at the NSCI, Dome on 4th October.

Mrs. Nita Ambani says, “Reliance Foundation is proud to bring the NBA to India and present these children with a fantastic opportunity to witness the magic live at stadium. It has been a deeply fulfilling journey in our partnership with the NBA. I would like to thank the NBA in believing in Indian basketball and for being a great partner on this incredible journey.

The new India is rising as a major player across multiple sports. We are the youngest nation in the world with over 600 million Indians under the age of 25 years, and I strongly believe that the future of Indian sport is bright, brilliant and beautiful.”