11% of Indians suffer from kidney stones, which amounts to one hundred and ten million patients in the country. Formation of renal calculi, usually known as kidney stones, is so common in India, especially North India that the region is often referred to as the “stone belt”. Also, thechances of having recurring stones increase by approximately 70-80% once a person suffers their first stone attack. 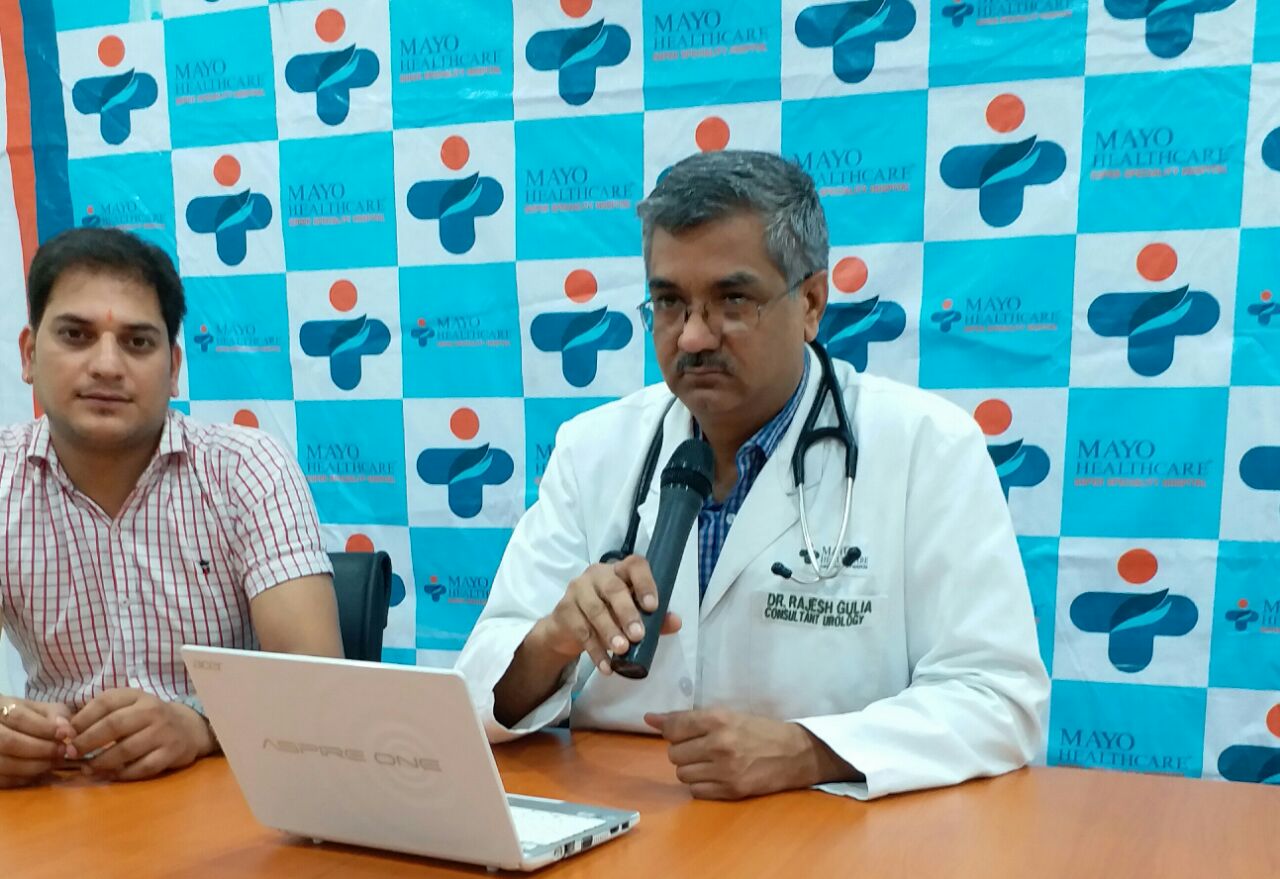 Dr Rajesh Gulia, and a renowned urologist with over two decades of experience in the field, who was formerly associated with AIIMS, suggested that the occurrence of this disease can be significantly reduced by raising awareness about its causes, symptoms, occurrence and prevention.

While speaking about why Indians are at a higher risk of developing the disease, Dr. Gulia mentioned that the Country’s climate and severe shortage of potable water are the primary causes of its high occurrence rate. During summers, the temperatures shoot up leading to significant loss of water from the body because of sweating. This in turn leads to increasing theacidic concentration of urine multiplying the chances of developing kidney stones. Passing this highly concentrated urine can also result inurolithiasis. This risk is however easily mitigated by increasing the intake of water. He further stated that the North Indian diet is rich in high-fat elements like milk, ghee and curdand poor in stone-preventing, high protein elements like eggs and white meat.

Kidney stones is among the most painful renal diseases and its rate of recurrence puts those who develop it for the first time between the ages of 35 and 50 at a greater risk.Historically about 60% of individuals who have experienced one incidence of kidney stone will develop another within seven years. However, where the recurrence of kidney stones was unavoidableuntil a few years ago, modern medicine has now made recurrent kidney stones a preventable disease. With individualized medical therapy recurrence can be prevented in more than 95 percent of suffers.

Kidney surgery is highly risky asit decreases its functionality. Open kidney surgery on a patient can only be performed once or twice. Open surgery decreases a kidney’s function by 20% and even Key Hole (PCNL) surgery reduces its functionality by 10%. If surgery is unavoidable, RIRS is the most recommended, non-invasive procedure for removal of kidney stones. However, this method is only possible if it is detected at an early stage. The mantra is to “catch them young”.

Since recurrence is a rule rather than an exception, when it comes to stones, it makes no sense to subject our kidneys to repeated invasive surgeries. RIRS can be performed any number of times without any damage to the kidneys as the very fine endoscope that is used for the surgery reaches our kidneys through our natural urinary passage.RIRS is an expensive surgery and a very precise operation. Adequate training, good results and high quality equipment drive the cost of the surgery upward.RIRS is covered under all insurances and empanels such as CGHS, DGHS and ESI.

Atwal congratulates Mr. Kovind on the appointment of New Governor of...