Over 2000 workers will gherao CM residence on July 28

NSUI, Haryana today launched their state wide campaign against the Govt policies. While addressing a press conference today in Chandigarh, Divyashu Budhiraja, State President, NSUI Haryana under their campaign ‘Jawab Do-Hissab Do’ will raise against the Chief Minister and their non supportive attitude towards students in state. Over 2000 students from different units across the state will be the part of ghareo and move towards Chief Minister Residence from Panckula on July 28 and raise their demands. 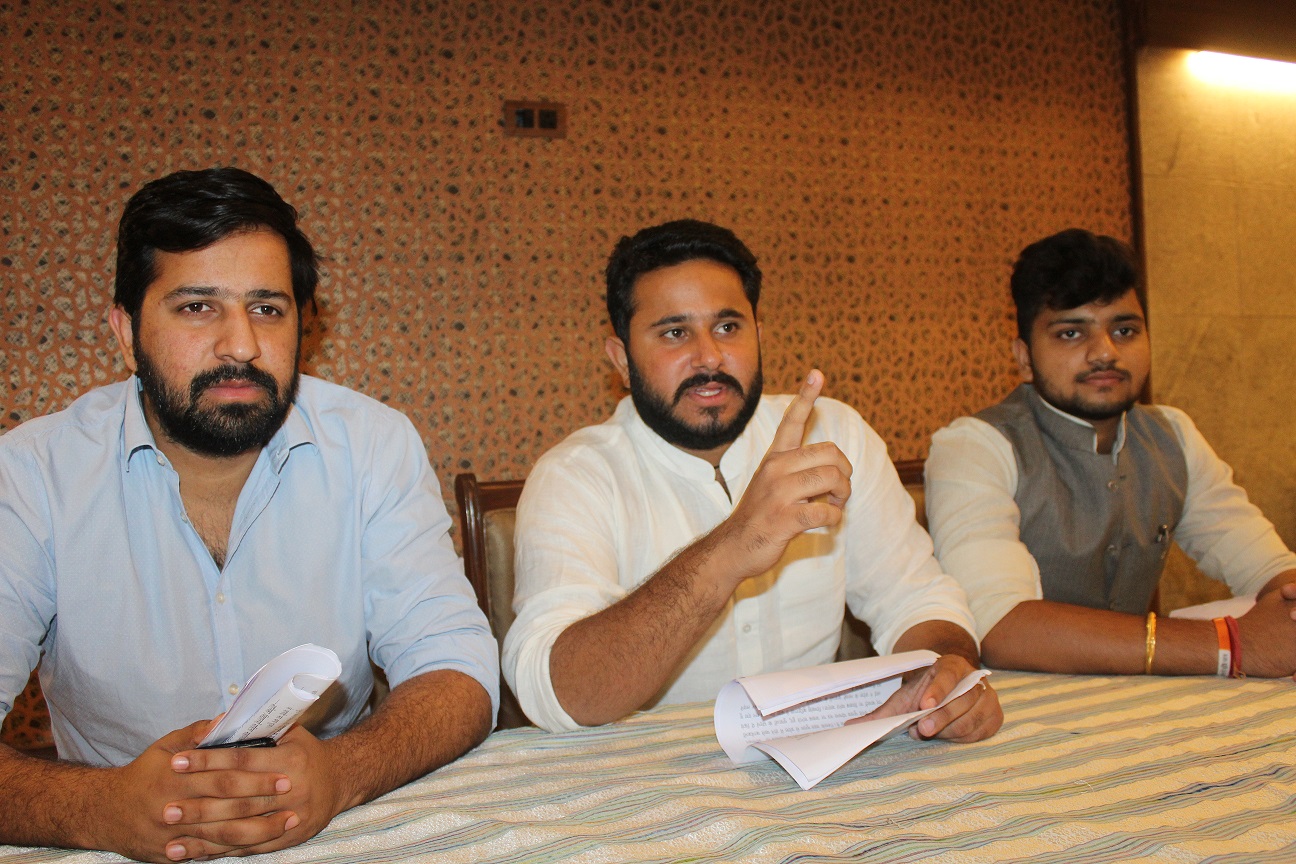 Budhiraja said that NSUI had asked some questions regarding the students’ issues in a public function to mark the National Youth Day on January 12 in Panchkula to which CM made an escape and students were arrested in the name of creating violence. Budhiraja alleged ever since that episode, students are deprived for an appointment with Chief Minister where he can clarify the students’ issues. He said, Govt. has failed to deliver the promises which they made in their manifesto for students. Jawab Do-Hissab Do is aimed to target the Govt for their responsibility towards the students’ career.

Budhiraja warned Govt that where ever Chief Minister moves within the state, the local unit of NSUI will raise their voice in a polite manner