Online Part 2 All Episode Streaming Online On ULLU App Actress Hot Images And Scenes: The popular video streaming platform Ullu is once again coming with a fresh and original web series named, “Online Part 2” to amuse and entertain the viewers. 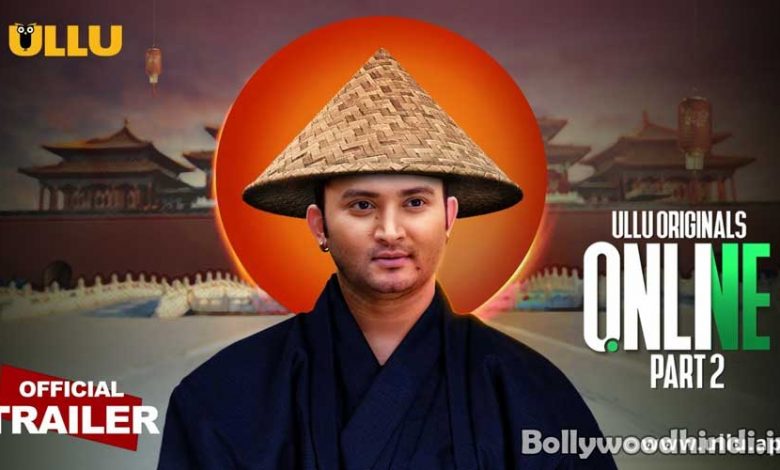 Even before the release of this web series, it is getting a humongous response from the audience for its unique kind of plot, moreover, the fans of Ullu are desperately waiting for this much-anticipated web series.

The previous release of Ullu named Dunali garnered so much love from the fans and thus, everyone has high expectations from this web series as well.

Ullu streaming platform allows users to watch a vast range of web series, films and exclusive Ullu shows. One can find every kind of genre in it including, Horror, Suspense, thriller, comedy and horror and much more.

Well talking about the upcoming web series, then, at the first glance, it looks quite hilarious however, as the series of Ullu is famous for its sensual and juicy content, the users are surely going to get a lot of it in this particular series.

The plot of “Online Part 2” revolves around two guys who dream of opening a ladies undergarment business online, however, the only thing that is hindering them to pursue their dream is the lack of availability of female models, who would showcase their products to the world. In the trailer, we saw that one guy asks another guy, whether his wife could be their female model, to which the wife denies stating that she is not comfortable enough to show herself to her husband, let alone to display herself to the whole world. How these two-man turns their small ladies undergarment business into an online store is what Online Part 2 is all about.

The web series, Online Part 2 which is directed under the direction of Raavi K, features Shivam Agarwal and Vivek Sharma in the male lead role, while Priya Sharma, Aliya Naaz will be seen in the female lead role. Apart from these casts, the audience will also get to see Guru Saran Tiwari in an important role. Priya and Aliya Naaz are quite famous among the fans of Ullu viewers and the audience are quite excited to witness these lead actress in the upcoming web series.

It will be quite interesting to know how the two men will turn a small shop into an online store. We know the users are looking forward to this web series that is about to release on 6th August 2021, that is, on Friday, only on the Ullu app.

The content streamed on Ullu is mature, thus, the only audience above 18+ are allowed to watch the same. For more latest updates on the same, stay tuned with us.

Satluj Public School, India’s First School to have its own 3D...