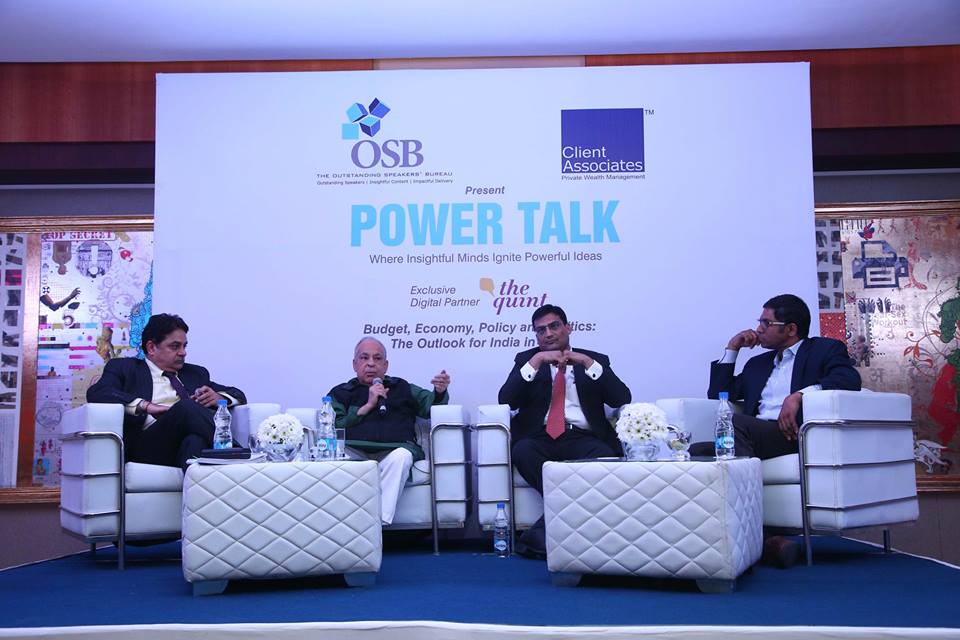 Navneet Munot, CIO SBI Mutual Fund, the keynote speaker, started the evening with insights on the current economic scenario in the country. According to him the four growth drivers that could be very interesting over the next few years include rural India, affordable housing, access to credit and rising exports, that could help India build a sound monetary policy. Mr. Munot also underlined the four indicators for a sustainable bull market – stable macro and political enviornment, driving corporate profitability, starting valuations and liquidity. Mr. Munot, was very optimistic about the India growth story and said that in the coming few years, what India is going to achieve is going to be nothing short of miraculous.

The keynote was followed by a panel discussion that emphasised the political imperatives that defined the 2017-18 Union Budget. The panel had diverse views, where Navneet Munot showed optimisim towards the budget; for Dr Khullar the budget was only an image makeover. “The government is defending and promoting what demoetization stood for. It is a no-risk, no-adventure budget,” he said. Mr Butani on the other hand, came in neutral. He had mixed reactions on the budget. The two good things about the budget, according to him, were that the non-planned and planned expditure had been done away with and the government has shown the projected current account deficit at around 2%.

Also Read :   "Jazba" presented by Aashray on the occasion of Children's day 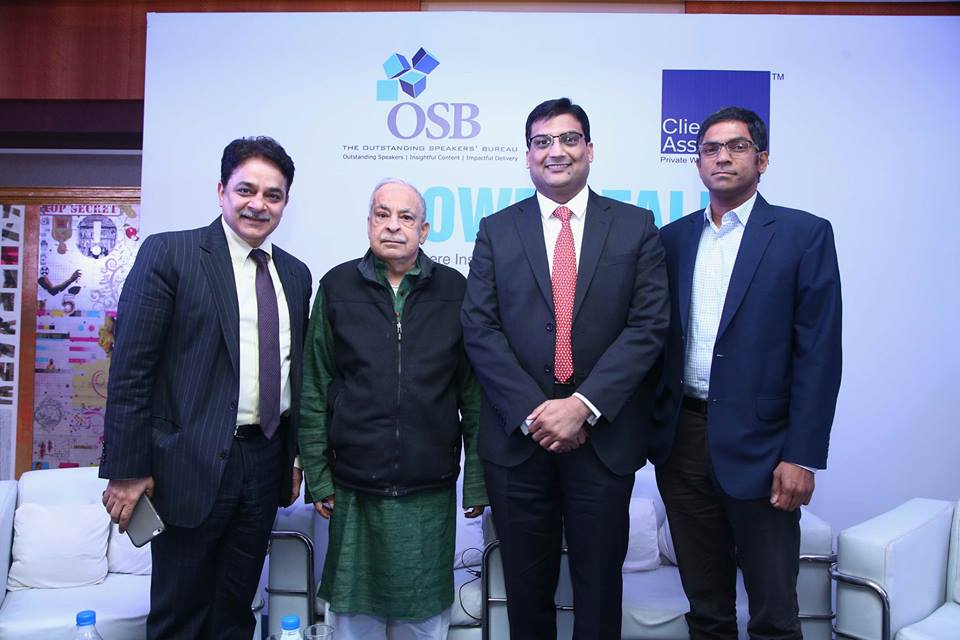 The panel discussion ended with an audience interaction that had a very interesting take on the budget and its scope around societal issues including primary health, sanitation, education in India, the issue of corruption at the center and state levels, and the impact of the budget on entrepreneurs.

When asked about the Power Talk, Himanshu Kohli, Co-Founder Client Associates said “The composition of the panel, The Quint as the media partner, and participation from the audience was excellent. The idea behind these knowledge sessions is for people to come together and share perspectives. We are happy to have partnered with The Outstanding Speakers’ Bureau and look forward to organizing more thought leadership events together.”