Padmashri Kailash Kher captivates audience in Indian Pro Music League: Entertainment has been the main source of energy to help people cope with the Covid-19 pandemic and stay positive. 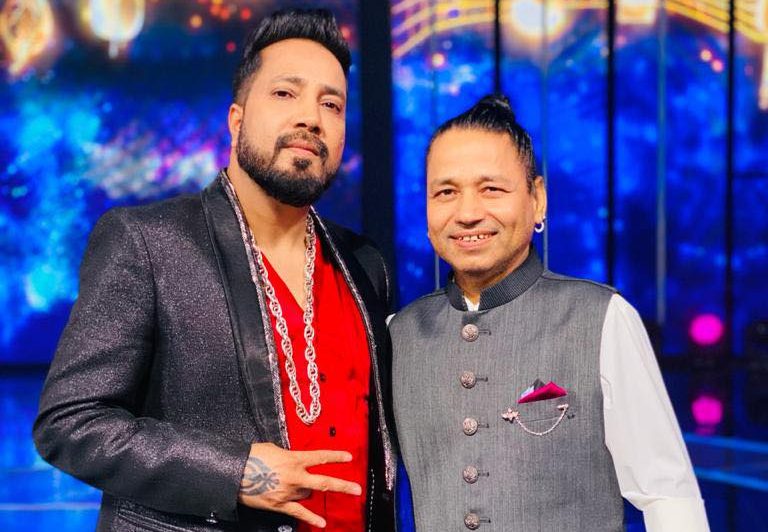 To increase the entertainment fever, Zee TV has come up with a brand new concept of the world’s first music league championship — Indian Pro Music League (IPML), which has been enthralling the audience since 26th February, 2021.

Padmashri Kailash Kher who is the captain of team ‘Mumbai Warriors’ will be seen dazzling the audience in the new episode. Kher’s energy packed performance on his hit song ‘Bam Lehri’, forced Mika Singh (Captain of Punjab Lions) to get up on his seat and start dancing with a damru in his hand just like Kher. The two singers have also been seen enjoying their time together on the sets of the show.

Recently Kailash Kher shared a short clip on his Twitter account of having fun with Mika. “Super fun. At floor with Mika Singh,” wrote Kher in the tweet. Both the super hit singers were seen wearing blue color outfits in the video.

IPML’s team ‘Mumbai Warriors’ has singers Shilpa Rao, Purva Mantri, Mohd Irfan and Rachit Agarwal under the captaincy of Kailash Kher. The team is supported by Bollywood actors Riteish Deshmukh and Genelia D’souza. To support Kher’s team —  ‘Mumbai Warriors’, fans can give a missed call on 99300-00327 number. The voting lines will be open between Saturday 8 pm to Sunday 8 pm and maximum 100 calls can be given from one mobile number.

Many famous musical voices of Bollywood like Kailash Kher, Shaan, Mika Singh and Sajid Khan are in the show. The show also has many other celebrated voices like Ankit Tiwari, Javed Ali, Akriti Kakar, Asees Kaur, Bhoomi Trivedi, Shilpa Rao and Neha Bhasin. The show ‘Indian Pro Music League’ comes on every Saturday-Sunday at 8 PM on Zee TV.

From South Hall , Channa Gill to promote football in All...

London Market is here in Punjab to host an exhibition this...