Peace Walk in the Himalayas to strengthen Indo-Thai ties: The pad yatra of 200 Thai monks and nuns, which began on 25th May from Dharamshala, will conclude at Leh on 26th June. 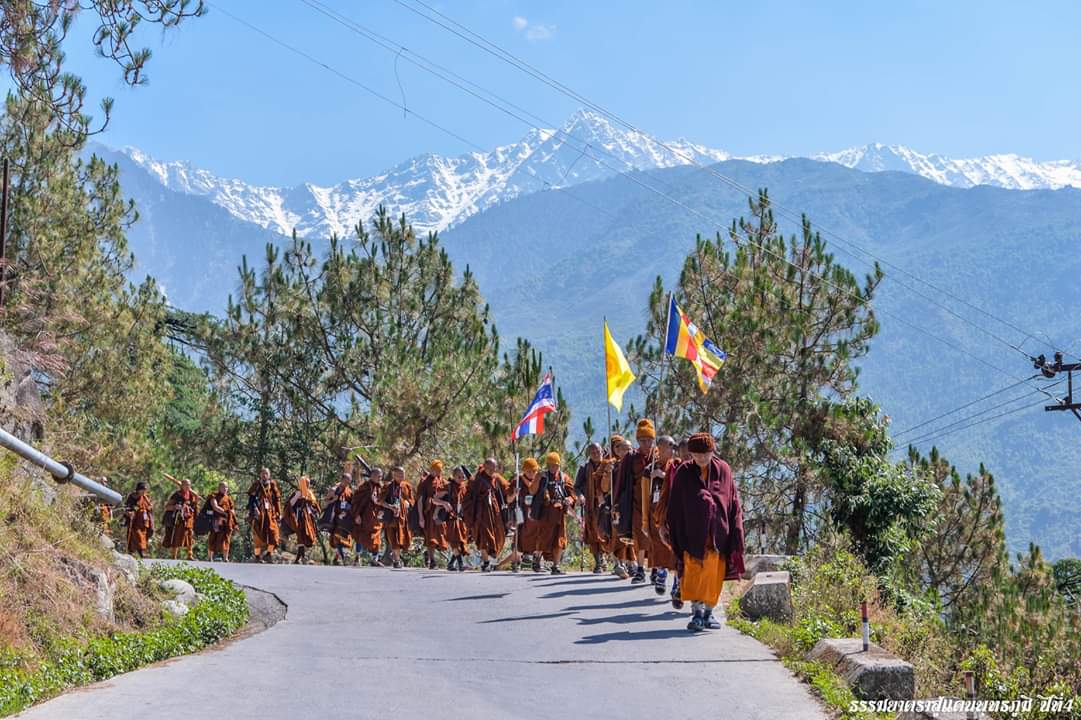 Purpose of this 4th annual pad yatra is to spread the message of world peace and protection of Himalayan environment. The peace walk has already covered more than half way walking through the Manali, Rohtang Pass, Sarchu route. The walk is expected to enhance the India and Thailand relations.

Ven. Bhikkhu Sanghasena, President, Mahabodhi International Meditation Centre (MIMC) Leh (Ladakh) said, “We wholeheartedly welcome each and everyone for the 4th Pad Yatra for ‘World Peace and 3-Day International Conference on World Peace, 150th Birth Anniversary of Mahatma Gandhi and Preservation of the Cultural Heritage of the Himalayas’. The conference will be on June 26 – 28.”

Narviay Yadav, General Secretary, Save the Himalayas Foundation (SHF) Chandigarh Chapter, said, “People from India may join the Peace Walk in the last leg of the yatra at Leh. SHF is an initiative to preserve the true grace of Himalayas and protect the eco system.  The SHF was founded by Ven Sanghasena in 2016 to restore the lost grace and grandeur of the Himalayan region and to protect the land, nature, cultures and values that form this glorious part of Earth.”

The pad yatra, a walking pilgrimage, began from Bodh Gaya and via Dharamshala, it entered the Ladakh region, where it will conclude at MIMC Leh. The yatras conducted so far have played a key role in enhancing the diplomatic and religious ties between Thailand and India and this year as the number of participants is higher, it will further lead to mutual prosperity, happiness and triumph for both the nations, which have always played a vital role in promoting peace and harmony in the region. For more information, one can check the website: www.monkspeacewalk.com.