An alumnus of city’s renowned Engineering college- Punjab Engineering College, Col (Retd.)Sanjeev Kaul, who is a Security Technologist and author of six books , has researched over a decade & created a technology keeping Indian conditions in mind, to help secure the country technologically. He has improved upon already existing technologies & developed Dynamic Identification System(DID). 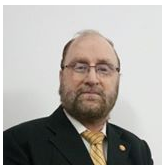 Col. Kaul’s ‘ideated and research platform’ would be a dynamic identification system carrying out identification as well as verification simultaneously without any human interference. The device is basically a compatible hardware machine- Palmetrix. Col Kaul has given a befitting name- ‘Chanakya Chakra’ to his innovative project, which once implemented, will be  a National-International Interface based on Dynamic Identification System called DID.

Inspired by the ‘Palm Vein Recognition Authentication Technology’ developed by Fujitsu, Japan more than a decade ago and ‘Direct Server Authentication and Verification’ mode, this innovative  system of identification has its working based on an individual’s pattern of veins established before birth. It was introduced in India in the year 2008 but is not being used extensively except for marking attendance in a limited mode.

“As no two individuals in the world share a palm vein pattern, even the identical twins differ, the use of this technology to create an interface is the most credible method of securing an individual’s identity. It is unlike other static identifications like UID and has a different dynamism in its system, that is most needed at national level now with all round development and growth. The  implementation of the same would take nearly two to three years in a country like India.” Said Col Kaul.

In order to make the whole process crystal clear , Col Kaul has documented the detailed study and the necessary explanation of the mega project in an especially written trilogy of ‘Creative India Books.’ Two of these books have already been released under the titles- “Creative Politics Creative India Creative Youth in a Global Perspective” and “How To Make India Secure Again TECHNOLOGICALLY” and the third book is yet to be released.

“The benefits of the system are multiple. The design is a potent one for protecting National Entities, Security in Inter-state Corridors, Managing Illegal Immigration, substantiating all the Static IDs through the process of self-filtering, controlling Human Trafficking and many more across the globe, making it a mega project in itself .” Adds Col Kaul.

The system has the wherewithal  to ensure an individual’s Security, be it ‘Welfare Security’ or personal Safety & Security, prevent impersonation and create a stage for an Inter-National Interface, making corridors safe in the world, equally needed by most countries to protect their respective national identity and culture.

Col. Kaul said, “Now, Ram Singh cannot become Sham Singh, by impersonation and escape scot free” Talking about the future projections of this idea, Col Kaul also mentioned about resolving critical issues of protecting money of many people by creating an inbuilt ID for the banking ID system. He explained that it can serve as a good source to discard the use of ATM.

Col. Kaul  also threw some light on the increasing number of threats to the identity of an individual and everyday incidents like VYAPAM Scam,  MGNREGA Scam, RTE Scam, Delhi EWS Scam and other Anti-social activities like Hacking & Siphoning of Bank Money to Nigeria and Human Trafficking, etc, there is a need to introduce such a project which cannot be challenged. ‘Chanakya Charka’, with a technology fully suitable for the same, is a sure way to secure the identity of nations and the sooner  it is implemented, the better it would be for our nation as well as the world as a whole.

Under Modi’s leadership, China and America’s notion of India has changed...

Jaguar brings the Art of performance Tour to Noida